Repairing the damage at La Sagesse 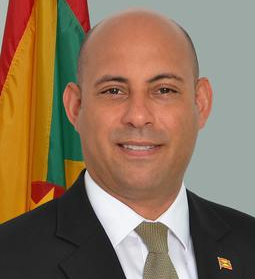 Minister of Climate Resilience and the Environment Senator the Hon Simon Stiell says the destruction of mangroves and other natural habitat at the La Sagesse Salt Pond was a “misstep” by Range Developments that allowed a subcontractor to proceed without authorisation.

“Remedial action will be taken to restore those critical environmental assets,” Senator Stiell said during questions from the media at Tuesday’s post Cabinet press briefing.

He said the misstep was “a particular element” of the project start; that is the clearing of the site, which was subcontracted to an unnamed company.

“That subcontractor acted without notifying the developer, without notifying Physical Planning, which was a requirement. So the work was carried out unsupervised. The developer has spoken publicly that they will address all of the environmental damage that was caused as a consequence of this initial clearing,” he said.

Local residents have expressed alarm at the destruction.  One observer told The Grenadian Voice on Tuesday that Range Developments had to know the area was being cleared. Blaming the subcontractor is “just Range Developments protecting itself,” the Saint David resident asserted.

“When they  took down all the trees initially, they left some around the mangroves and then went back and take that down, so Range knew exactly what was happening .”

The first public discussion about the project took place on August 12 when the newly formed Corinth Community Enrichment Organisation invited officials from Range Development to discuss the project. Approximately 100 local residents attended the meeting during which managing director Kamal Shehada provided an update and answered questions for approximately three hours.

He told residents that in addition to the removal of plastic and other garbage, there is five feet of sludge that has to be removed to restore the pond.

Subsequently, shortcomings with ecological repercussions were revealed in the Landscape Design, Architectural Plans and Environmental Impact Assessment (EIA) for the project. The Gaea Conservation Network was granted permission by Range Developments to review the plans and EIA for the $100-million (US) Six Senses hotel project.

The network, which was established in 2016 by graduates of the St George’s University Biology, Ecology and Conservation Department, found the plans and EIA failed to fulfill the terms of reference from the Land Development Control Authority.

Gaea points to a lack of data and inadequate research, and outlined EIA recommendations ignored by Range Developments, including more in-depth public consultations.

“The EIA also mentions that only certain trees will be removed from the site and that a layer of vegetation will be left on the border of the development to provide a buffering effect. This was not done, as can be evidenced by the current condition of the site,” according to Gaea.

In keeping with Grenada’s Integrated Coastal Zone Management Act, Gaea said the developer should maintain a line of existing vegetation along all land abutting the coast.

Senator Stiell said there are recommendations and criteria that Range Developments must work to, not only in terms of securing approval, but ensuring such are carried out throughout the entire project.

Member of Parliament for the Constituency of Saint David, while participating in a call-in programme on August 23, invited interested groups and individuals to come forward with suggestions and ideas, as the project is still in the “early stages.”

He suggested no one had visited the site until the developer cleared the area and removed truckloads of garbage from the pond. Hon Joseph, who is the Minister of Trade, Industry, Co-operatives and CARICOM Affairs, advised citizens to report violations of legislation that protects the environment to the relevant authorities “so that they can investigate the matter [and] corrective measures can be taken.”

He also implied that much of what has been discussed in the public domain in recent weeks regarding the environmental damage at La Sagesse had previously not been brought to his attention.