Resignation of Ambassador and Protecting the Integrity of Grenada’s CBI 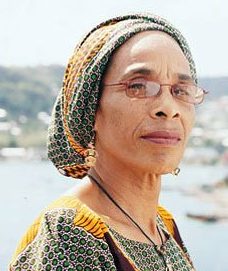 The resignation of Ambassador Warren Newfield, Citizenship by Investment Developer (?) and the Prime Minister’s comments/explanations and performance in Parliament as he offered his comments/explanations on the matter have we the people amused, bemused and confused.   Was/is the Prime Minister really concerned about conduct of a representative of Grenada and protecting the integrity of Grenada’s CBI programme?  We the people submit that if these were real concerns of the Prime Minister, from the beginning, he would have done things differently.

Our Prime Minister advised that when Mr. Newfield was appointed Ambassador, the Government was not aware of his interest in the Citizenship by Investment programme.   Due diligence and security checks were done in respect of him being appointed a diplomat.  The Prime Minister’s explanation was deficient in that it did not advise on the following:-

Criteria:  What were the criteria used in determining Mr Newfield’s appointment?

Selection Process/Transparency:  Who was involved in the selection and vetting process?

Compensation:  In lieu of pay/other compensation, what was his reward?    What privileges and immunities did this title and passport afford this developer/investor?

Tenure:  What was the duration of his appointment?

Appointment of Non-nationals as Ambassadors

One would have thought that Prime Minister Mitchell would have learnt from the Eric Resteiner Affair which dragged both Grenada and the Office of the Prime Minister into disrepute and the subsequent Cheltenham Commission of Enquiry.  One of its Terms of Reference was to look into the criteria  and the protocol governing the appointment of non-Grenadians as representatives of the country.  Among its recommendations were the following:-

Exclude Volunteers:  Those who volunteer their services must be excluded.  They want the job for their own purpose not the country’s.

Oversight:  Honorary Consuls, Trade Commissioners and Ambassadors-at Large should be under the jurisdiction of the Mission which is closest.

Disqualify Non Nationals re Diplomatic Passports:  All appointments should be made by the Cabinet and non-Grenadians should NOT qualify for diplomatic passports.

A Citizenship by Investment Developer/Investor:

Conflict of Interests:  Ambassador Newfield being both at Ambassador-at-large and a CBI developer is a conflict of interests.  WHOSE interests is H.E. Newfield serving when he is selling Grenadian passports to finance HIS Kimpton Kawana Resort?

Escrow Account:  Prime Minister Mitchell advised that H.E. Newfield has violated some Section of the CBI Act and the Escrow Account.  He referred to this amendment of the CBI, which was put in after the Shrimp Farm debacle.

Grenada Sustainable Aquaculture/Shrimp Farm Project:  He said that he did not want to have to explain another shrimp farm situation to the Grenadian people and suggesting that there were investigations into   HE Newfield Kimpton Kawana project re collection of monies from sales of citizenship and project expenditure on the Kimpton Kawana.

The CBI Act 2013, Section 6, Proof of Financial Resources:  Section 6 of the Principal Act provided for the setting up of an escrow account: – For the purposes of an investment under this Act, an application shall be considered only AFTER all monies have been placed in an irrevocable escrow account controlled and managed by a Local Agent who has been selected by a marketing agent, pursuant to such guidelines contained in regulations published by the Minister. (Own emphasis)

Mandatory Payment:  The Act provided for the mandatory payment into escrow account PRIOR to the processing of a CBI application.

Power of Minister to Make Regulations

Section 16(1) of the Act provided for the Minister to make regulations:  – “the Minister may make such Regulations as appear to him or her to be necessary and expedient for the proper carrying out of the intent of this Act.”

The Explanatory Note of the Bill provided the following clarifications/explanations re Amendment Act 33 of 2015:-

Repeal of Section 6:  Repeal of Mandatory Payment:  Section 6 providing for the mandatory payment PRIOR to application was to be removed.

Amendment re Funds Paid re Approved Projects:  Act 33 of 2015 also provided for an amendment to Section 16, a new sub-section (3)

Power of Minister:  The provision “that expressly confers upon the Minister the power to regulate all matters concerning funds paid for the purposes of approved projects.

Protecting Interests of GoG and Investors:  This provision seeks to ensure that the interests of the Government of Grenada and the investors are adequately protected in the light of the repeal of section 6 of the principal Act. (Own emphasis)

It is useful to note that the Grenada Sustainable Aquaculture Project/Shrimp Farm debacle occurred following the passage of Amendment 33 of 2015. The ground breaking ceremony took place at the site of the infamous FAILED chicken farm project on February 27th, 2017.    In March 2019, the Prime Minister, also Minister with responsibility for CBI advised of the launch of an investigation.  We the people are still awaiting news about that investigation.

These regulations, made in October 2017, provided for the establishment of a project escrow account et al.

denial or delay of application

Provision for an Escrow Account:  Section 8 (4) of the Principal Act was repealed and replaced.  The amendment, Section 8(4)(b)(i),    inserted the following provision:-  “place the contribution payable in respect  of an approved project, in an irrevocable escrow account controlled and managed  by a local Agent selected by the marketing  agent, pursuant to such guidelines issued  by the Minister in Regulations and any  guidelines which may be issued by the  Committee;…….” Note well that this is the same provision – Section 6 of the Principal Act – that was repealed by Act 33 of 2015.

Entered into Force September 25th, 2015:  Section 1(2), of the Amendment provided for the amendment entering into force on the 25th day of September, 2015, the SAME date of the gazetting of Act No. 33 of 2015 repealing Section 6 which required mandatory payment into escrow account prior to CBI application being processed.

What Does/Did It Mean?

Repeal:  Why was the provision for the escrow account and the mandatory payment PRIOR to processing of application repealed?

Re-instate Provision:  Why was an amendment made in 2018 to re-instate the provision of the escrow account – THREE years after the repeal – deemed to enter into force on the same date that the repeal entered into force?

It is useful to be aware of the following amendments in 2014 to the Principal Act:-

This amendment, gazetted in May 2014, provided for the report on the CBI programme to be laid before the House of Representatives every six months. Section 15(3) prescribed the information to be contained in the report.

Removal of Names and Nationalities:  An amendment to Section 15(3) deleted paragraph (b) which provided for the disclosure the names, addresses and nationalities of the applicants and any dependents included in the applications in the bi-annual report that was to be presented to the House of Representatives.

Amendment to this section provides for the inclusion of a Section 11A.  Section 11A (1) provides for the following: – “Notwithstanding any other provision in this enactment, the Minister may grant citizenship to an applicant who makes a significant investment in Grenada.” (Own emphasis).

What does “notwithstanding any other provision in this enactment” mean?   Does this amendment permit the Minister to arbitrarily exercise authority, without consideration of checks and balances?

Information on the Members of the CBI Committee

Secrecy:  According to the official website[2]  the Committee is comprised of seven persons, all of whom answer to the Minister.  Since the late 2019, we the people have noted that there is no longer any information on the members of the CBI Committee which reviews the applications and makes recommendations to the Minister.  Why is this information no longer on the website?

Conflict of Interests:  The resignation of the current Chairman of the CBI Committee who has also asked to be relieved of the positions of Chair of the Public Accounts Committee puts the spotlight on the issue of conflict of interests.

The record of amendments, the absence of checks and balances and the various conflicts of interests give a clear indication as to whether the Prime Minister/Minister with responsibility for the programme is genuinely interested in “protecting the integrity” of the programme and of Grenada.  The track record re-enforces the long held view of We the People that the Citizenship by Investment Programme is a CABAL.

Who cleaned out the Parliamentary office in Carriacou?