HomeRegionalSaint Vincent and the Grenadines elections free and fair
Regional

Saint Vincent and the Grenadines elections free and fair 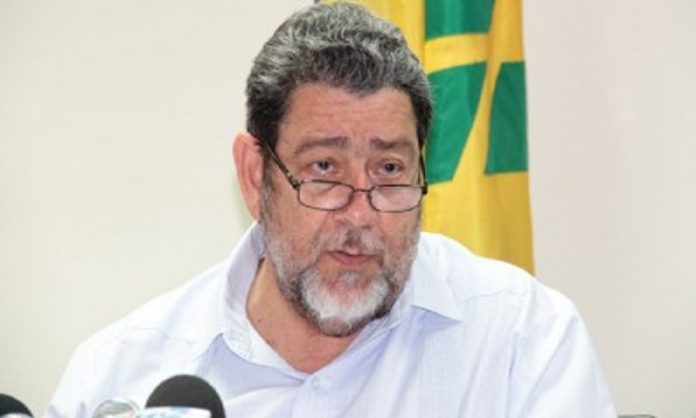 The CARICOM Election Observation Mission for the November 05, 2020 General Elections in Saint Vincent and the Grenadines has concluded that the elections were free and fair and free from fear and that the outcome reflected the will of the people. The Observation Mission was led by Anthonyson King of Antigua and Barbuda.

In criticising foreign intervention in the general elections, Gonsalves emphasised that the ULP’s party manifesto had “come from the bowels of the people of this country, from our experiences and from our own creative minds and written by our own hands.”

The Secretary General of the Caribbean Community, his Excellency Irwin LaRocque, was pleased to deploy the CARICOM Election Observation Mission to observe the general elections.  This followed the invitation from Prime Minister Gonsalves.

On the days prior to the elections the six-person CARICOM Election Observation Mission (CEOM) met with stake holders and other civic groups virtually as part of the precautionary measures.  The over twenty groups included two Trade Unions, the leadership of the Police Service, the Police Welfare Service, the Women’s Advocacy Group, the National Monitoring and Consultative Mechanism (NMCM), a body comprising most of the churches and other groups, the National Council of Women, the representatives of the blind and the disabled. They also met with the two main political parties, the ULP and the NDP.

On Election Day the Mission was divided into four teams (two with 2 members and two with 1 member).  The Mission did not have the resources or the time to visit the Grenadines but the members visited every polling station.

According to the Mission’s assessment of the Election Day, “there were no incidents of intimidation of voters inside or outside of the voting precincts.  The agents of the parties also testified that there were no irregularities and that the process was generally peaceful and orderly. At the polling stations, the voters’ identification card was collected by the Presiding Officer who called out the name and number of the said voter for the benefit of the agents of the parties. At every polling station the voters were told about the way to vote and how to return the ballot which was inserted in the ballot box by the Presiding Officer.”

The Mission observed that adequate health measures were in place to protect voters against the COVID-19 pandemic at the polling stations visited. On the day of the election each voter received a mask. Measures were also put in place for more than two hundred voters in quarantine to exercise their franchise.

All members of the CEOM agree that the process was conducted according to law and was done without any intimidation or fear.   They also reported that there was adequate security at each location and that the officers displayed a very professional approach to their duties.

“I therefore conclude that the Election was free and fair and free from fear and that the outcome presented the will of the people of St. Vincent and the Grenadines. We congratulate the voters for the discipline displayed on Election Day and we wish to thank all the stake holders, including the leaders of the Political Parties, Civil Society and the Church for the warm welcome and cooperation which contributed to the success of the mission,” said Anthonyson S King, CARICOM election observation mission.

The ULP won the last elections in December 2015 by eight seats to seven, the same margin as the previous poll in 2010.