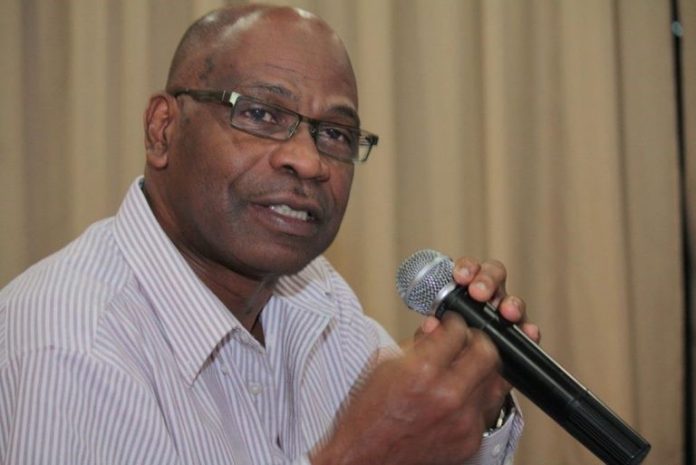 Sadness gripped the media fraternity on the news of the sudden death of Veteran social activist and broadcaster, Jerry George.

From all appearances, he passed away on Tuesday while hosting his early morning Internet show ‘Early in the Morning with Jerry S George’.

On that fateful morning, he introduced the programme live on FaceBook and after commenting on the humidity of the weather, he handed over to his guest Jamaican-born, Grenada based journalist, Beverly Sinclair and said he will be off the screen for a while. Little did she know that it was the last conversation she would have had with him.

After speaking alone for the greater part of the programme Sinclair expressed concern that he was not rejoining her despite her cues to do so. “And I need him to come back at this point so we can share some of your comments, hear what you had to say and how you deal with people that you come across in your daily life – what kinds of experiences have you had . . . .”

She then wrapped up the programme only to be told later that George had passed away.

His wife Valerie Tucker-George posted on her account “I am still in shock, came home at about 7:20 a.m. and met my husband, Jerry George on the floor dead.”

George, who was in his late 60s, is said to have died of an apparent heart attack on Tuesday, which he dubbed “Thoughtful Tuesday”.

Sinclair,from the now defunct local Channel six, is the Chief Operations Officer of George’s Island Media Marketing & Communications company. With the introduction of Telecommunication Company, Digicel George was a popular figure as the public relations manager making the rounds in the media.

He was a vocal social and political commentator on issues not only in his homeland, but throughout the Caribbean and further afield.

Among his last postings were the ongoing political situation in Guyana and the decision by some Caribbean governments to introduce competition in the aviation sector at the expense of the cash-strapped regional airline, LIAT.

As a Caribbean media worker George touched many lives. He was a founding member of the regional umbrella media organisation and the SearchLight Newspaper.

Facebook
WhatsApp
Previous articleLet’s live the lives envisioned by those who struggled for emancipation
Next articleThe Shadow Pandemic: Call It Out