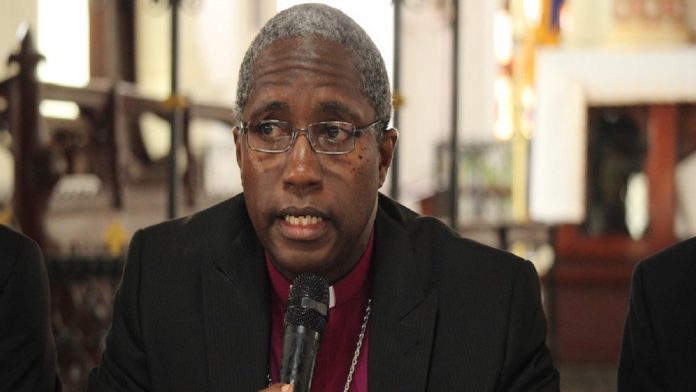 The head of the Anglican Church in Barbados, Reverend Michael Maxwell says the church is not supportive of the idea by the Mia Mottley Government to recognise same-sex unions.

Bishop Maxwell told the online publication, Barbados TODAY that the Anglican Church in Barbados and the rest of the Province of the West Indies remained fortified in its position, stemming from a decision of the 1998 Lambeth Conference of Anglican Bishops in England that marriage is a lifelong union of a man and a woman.

“The position really is that our Church continues to stand against what it considers to be same-sex marriages. Civil union is, of course, where the Government itself is putting in their own spin on the whole thing, in terms of not being discriminatory in terms of persons’ rights of being able to have freedom of choice as what they see as their way of life,” he told the publication.

Last week, Governor General Dame Sandra Mason, addressing the opening of a new term of the Barbados Parliament, said that the island has always been in the vanguard of pioneering social justice, the protection of civil rights and the battle to ensure dignity to the poor, marginalised, vulnerable, and dispossessed.

Dame Sandra said that the legal systems of modern societies recognise many different forms of human relationships and that Barbados is now increasingly finding itself on international lists, including within the multilateral system, which identify the island as having a poor human rights record.

“On this matter, the world has spoken. If we wish to be considered amongst the progressive nations of the world, Barbados cannot afford to lose its international leadership place and reputation. Nor can a society as tolerant as ours, allow itself to be ‘blacklisted’ for human and civil rights abuses or discrimination on the matter of how we treat to human sexuality and relations.”

Bishop Maxwell said the Anglican Church will “continue to follow what is the ruling of our Lambeth Conference, which is a conference that is held by all of the bishops of the world coming together.

“They made a statement abiding by the principles that we understand Scripture outlined to us, of the fact that a marriage is really between a male and a female. It is the best arrangement towards family life.

The Anglican Bishop hinted also that the Church would not perform ceremonies for gay couples if same-sex marriages were to be legalised in Barbados.

“This is not something that the Province of the West Indies upholds at this stage for sure. I am not sure what the future will hold, in terms of whether or not the Church would change its position.

“But for right now, the Church holds fast to what would have been issued at the Lambeth Conference in 1998 on human sexuality, where it continues to emphasise that marriage is a lifelong union and covenant between a man and a woman.

The Anglican Church head said the Government’s recognition of same-sex civil unions would have an impact on the thinking of individuals going forward.

“Personally, I believe that persons need to be given the freedom of choice that God has given us all to decide the way of life that we want to live,” he told Barbados TODAY, adding “however, we do know that, according to our scripture, according to the Church’s teaching, there is still a right way and there is a wrong way to live our lives.