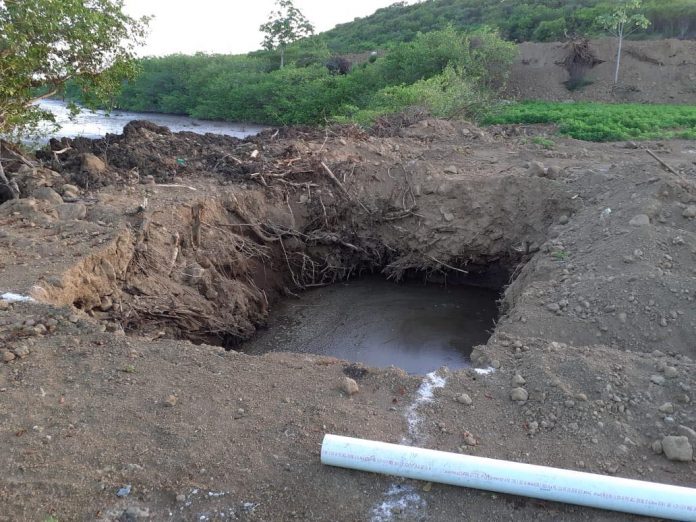 The Grenada Land Actors Platform continues to push for public involvement and greater transparency as three major hotel projects advance amidst concerns about destruction to mangroves and other natural habitat.

The Platform is concerned about the “lack of public consultation and transparency in the development of projects taking place in Mt Hartman, La Sagesse and Levera” and launched a petition via social media seeking public support.

The petition entitled ‘Our Paradise and Sovereignty under Siege – Protect Grenada from Destructive Development!’ was launched on August 29 and had attracted 5,800 signatures, as the Platform issued a press release on Wednesday.

“The petition is running until the end of the month. That’s when we will close and present the collected signatures to the Chairman of the Physical Planning Authority and relevant Minister,” a member of the Platform told The Grenadian Voice on Wednesday.

The Grenada Platform was established in 2018 and now has more than 160 followers and 75 active members. It describes itself as a “non-partisan network of professionals, CBOs, NGOs, private land users and concerned citizens, who are invested in sustainable land management and putting people at the center of land governance in Grenada.”

The group is requesting access to planning permission and conditions for the three projects, including plans and the Environmental and Social Impact Assessments (ESIAs).

According to the GAEA Conservation Network and other observers, developers of the Six Senses Hotel in La Sagesse, Range Developments, violated recommendations of its own Environmental Impact Assessment by destroying wildlife habitat surrounding La Sagesse Salt Pond; and the work by Singapore Heng Sheng Grenada Development PTE LTD for the Levera Nature and Beach Resort has impacted vegetation around the Levera Wetland as a result of the construction of temporary housing for workers.

The Platform observed on Wednesday that Singapore Heng Sheng Grenada Development PTE LTD appears to be building a huge soak-away in Mount Hartman bordering the eastern wetland site, noting that there is “no or very little oversight on the ground and hardly any credible guarantees that any form of recommendations will be followed or monitored adequately.”

On Friday, September 11, the group delivered a letter to Carlton Frederick, chief executive officer of the Planning Development Authority, which detailed their requests for access to the ESIAs and their alarm about the “migrant workers dwellings built in Levera, which are worryingly close to the RAMSAR site and could contaminate it with sewage leaks.” The letter also requested the Physical Planning Unit outline the “mechanisms by which the public can enter into genuine consultations with the developers and the government, which is essential to safeguard the long-term interest of our communities and the development of sustainable livelihoods on such critical projects.”