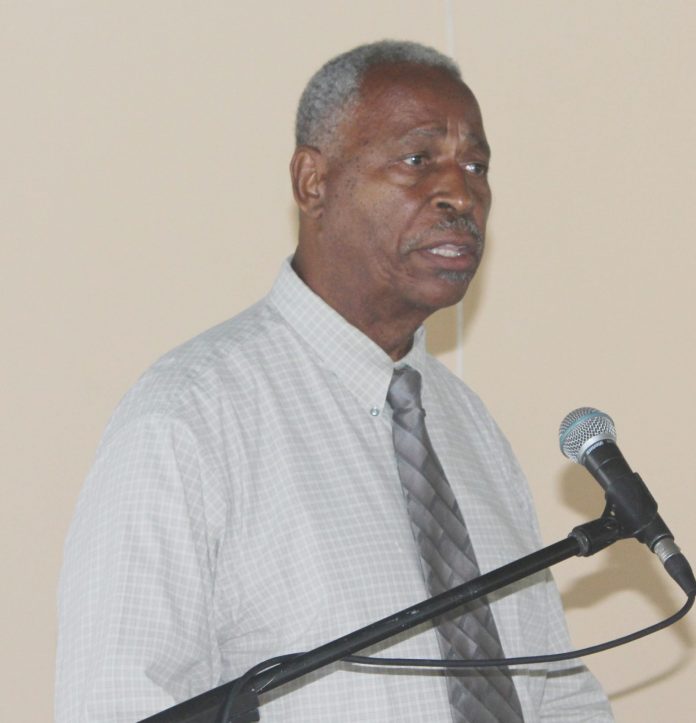 Farmers’ representative in the Senate, Dr Dunstan Campbell, said farmers feel that more should be given by Government to help compensate for the significant loss suffered due to COVID-19.
On the recently announced stimulus package for the Agriculture sector, Dr Campbell told The Grenadian Voice that no mention was made of the poultry farmers who last month suffered losses when the local manufacturer closed for weeks. This forced them to get emergency shipment of feed outside of Grenada and while awaiting its arrival they improvised with rice and herbs to keep their birds alive.
The Senator said some farmers are disappointed they are left out. “I am aware of another round of recovery and transformation to follow this, they may want to argue that it [poultry assistance] is in that one coming but I think the poultry farmers should at least be given some of that initial stimulus package,” Senator Dr Campbell told this newspaper on Monday, after gathering the opinions of farmers last Friday.
He expressed concern that $6 million is not enough to boost the sector, noting that he voiced that sentiment at the last Parliament sitting last month.
“I think it covered the basis but it’s just not enough when you think of 400 farmers with labour support and 500 farmers in the backyard gardening programme, it’s not enough. I wonder how much stimulus this sector will get as a result,” the Senator shared.
He added, “I believe agriculture has to be given a little more respect.”
According to the Senator, there are about 10,000 farmers in Grenada including about 7,000 commercial farmers.
Dr Campbell shared that the reactivation of the Grenada Federation of Agriculture and Fisheries Federation is in the making and through that platform players in the sectors will then be able to officially make statements, for instance on a stimulus package.
“I am concerned we are not reaching enough for and against, and we have to be more visible because we are not,” he said.
As this newspaper continues to get feedback, a Saint George’s farmer who prefers to remain anonymous expressed disappointment that the stimulus package makes no provision for small ‘backyard’ farmers.
He has a small poultry farm and sells meat and eggs and has been operating his business for the past five years.
The farmer, who also rears animals for wholesale and produces organic vegetables (lettuce, pak choi, cabbage, ochro and pumpkin), said he expected the package to mention aid for planting material, fertiliser and technical support with frequent visits from an extension officer/consultant of the Ministry.
He also noted that no mention was made of helping farmers with marketing of produce, pointing out that ‘re-sellers’ take a long time to pay for produce.
He cited an added frustration that comes with the screening of each customer purchasing material at Caribbean Agro Industries, due to COVID-19. This, he said takes up much needed time.
On Tuesday June 02, 2020, Minister of Agriculture and Lands, Hon Yolande Bain-Horsford in a virtual statement announced that Government has committed over EC$6 million as a direct response to the impact of COVID-19 on the sector.
That amount was increased as Cabinet on Monday approved a loan of $1 million to the Grenada Cocoa Association, for the purpose of providing price support payments to farmers, similar to what was approved recently for nutmeg farmers. Of the approved EC$3 million support package for the Grenada Co-operative Nutmeg Association (GCNA); EC$1 million is grant and $2 million in loan.
Minister Bain-Horsford reported that Cabinet approved the workplan and budget for just under EC$1 million for the Marketing and National Importing Board (MNIB) to address immediate challenges with marketing, distribution and storage of agricultural produce.
She said her Ministry invested over EC$100,000 to ensure that farmers were able to market their produce via the Farmers Market initiative.
The Agriculture Minister said the Ministry will focus on three areas in the short-term, which are as follows: