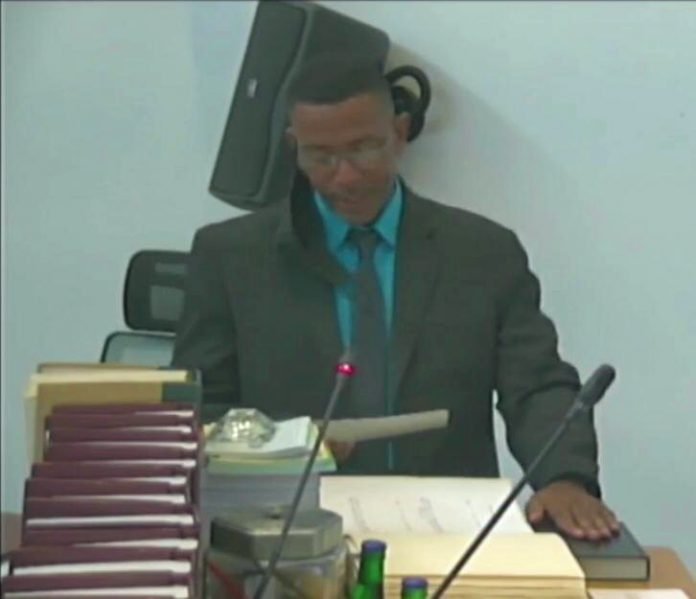 Newly appointed Opposition Senator Terry Noel said the time has come for “a new generation of progressive politicians” to seriously transform the country into a “better place to live.”

In his maiden speech to Parliament on Friday (July 31), the Opposition Senator says he will “continue to advocate for the decentralisation of the Grenadian economy where our citizens from the rural areas can enjoy the benefits others are enjoying.”

Citing the revolutionary spirit that has defined the Grenadian people in generations past, and referring to himself as a “progressive thinker,” the Senator was highly critical of the government’s “centralised approach towards our development.” This approach, he says, has resulted in a weak rural economy already suffering from the collapse of the banana industry and the earlier closing down of the Pearl’s airport in Saint Andrew.

“In my view,” he said, more than 70 percent of Grenada’s economic development is located in a “small corner of the southern tip of this country.” He attributed the St George’s University and the Maurice Bishop International Airport for significantly spurring economic activity in the south of the island.

The young senator was also critical of the government’s focus on tourism and the Citizenship By Investment program, at the expense of the agriculture industry.

“Agriculture should never have been put on the back burner by this administration,” he said, adding that COVID-19 has further exposed the weaknesses of Grenada’s “centralised” economy. He pointed to Barbados, where he lived for six years, and Saint Lucia where major projects are located in different parishes and the economic activity in those countries is far reaching.

“We have chosen to do all our development in a modern society in one corner of the country,” he said.

Not only has this “backward development” created inequities in sharing economic benefits, it has exacerbated the divisions between country and town, he added.

Senator Noel closed his maiden speech to Parliament by calling for a war museum to honour all recent and distant Grenadian revolutionaries who fought against colonialism here in Grenada and other parts of the Caribbean.

The new Senator is one of two Opposition Senators. He received his instruments of appointment from Governor General Dame Cecile La Grenade on May 27, after his name was submitted by Opposition Leader Tobias Clement.