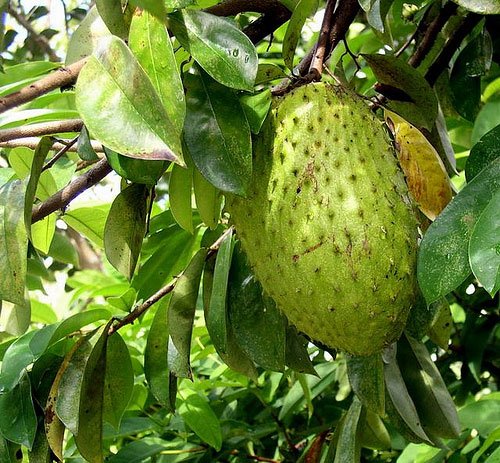 Bail was granted to several men charged with Praedial Larceny and Vagrancy following the theft of a sizeable amount of soursop in several incidents.

According to reports from the Royal Grenada Police Force (RGPF), eight men from Saint Andrew  were charged in connection with the theft of approximately 2,300 pounds of soursop that were reported stolen from a farm at River Antoine, Saint Patrick, in three separate incidents.

Jointly charged for the offense of Vagrancy are Anthony Edgar, 42-year-old farmer of La Poterie and 27-year-old Steffon John of Moyah. Both men are on $6,000 bail and were scheduled to appear at the Sauteurs Magistrate’s Court yesterday.

Due to appear at the said Court on September 19, 2020 are 40-year-old farmer of Grand Bras, Roland Simon; 40-year-old farmer Terry Braveboy; 19-year-old Shondy Griffith and 22-year-old Akim Fletcher, all of Conference. They were jointly charged for the offenses of Praedial Larceny and Vagrancy.

Additional charges of Praedial Larceny and Vagrancy were laid against Anthony Edgar, who has been jointly charged with a 47-year-old fisherman of Pearls, Lisroy Joseph and 21-years-old Farmer of La Poterie, Akim Aberdeen. They are alleged to have stolen 800 pounds of soursop valued at $4,000. They are also due to appear in Court on September 19.

The offenses reportedly occurred between July 10 and August 01, 2020.

These arrests and charges come on the heels of recent amendments to the Praedial Larceny Act to make soursop a protected crop. The amendments will also see the mandatory licensing for persons

from the Minister of Agriculture, to be able to facilitate the trade or business of buying, selling, exporting or conveying of produce weighing 15 pounds or more.

The Praedial Larceny Unit of the RGPF reminds the public that praedial larceny is a crime and advises to call the nearest Police Station or hotline 300/435-0300 to report any instances of the offence.