HomeEditorialShould we continue to take water for granted?
Editorial

Should we continue to take water for granted? 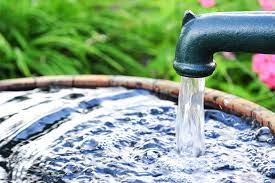 On Monday of this week Grenada joined in celebrating World Water Day. Through the National Water and Sewerage Authority (NAWASA) the celebration of World Water Day March 22, was under the theme ‘VALUING WATER’. This was done simultaneously with NAWASA’s Pearl Celebration, 30 years of service to Grenada. There may be people who are still alive and can remember the days of the Central Water Commission (CWC) when the Government took sole responsibility of making potable water available throughout the country. In those days the valve regulation was preceded by the ringing of a bell as a worker went through the village on foot announcing the time there will be no water in the taps.

CWC has since changed to NAWASA which is responsible for both potable water supply and sewerage services. We have come a long way into the improvement of the water system. In Grenada, standpipes were removed to ensure each household is connected to the potable water supply system in areas where metering was introduced. An easy payment plan was also introduced to facilitate household connections. We have recently learnt that the Government is moving ahead with the establishment of Integrated Water Resource Management (IWRM), an issue which was discussed over ten years ago.

Effective IWRM must be undertaken in conjunction with effective land and land use management, integrated watershed management, drainage and coastal zone management. These necessary complementary functions should be undertaken in a formalized coordinated approach with stakeholder partnerships and collaboration from planning to implementation and supported by proper public education and awareness. So it is no wonder that we are hearing from Trevor Thompson, Chief Land Use Officer within the Ministry of Agriculture who is revealing some more interesting information.

Some weeks ago Thompson expressed grave concern about the future availability of water and also the quality of water received. His revelation showed clearly how much we take water for granted. In pointing to the change in the weather pattern, Thompson reminded us of the unpredictable. The flooding in Grenville during the dry season last year and in Gouyave in April was abnormal since the dry season normally brings very little rain. In examining the weather pattern for this year, he said he has seen a lot of rain again during the dry season up to April. This, he said, makes the prediction for the rest of the year unsure and the question was asked “would we have a dry wet season since we had a wet dry season?”

Through the Green Climate Fund (GCF), valued at one hundred and twenty-five million Eastern Caribbean dollars (XCD $125,000,000.00) NAWASA promised to construct new and increased storage facilities for both raw and treated water to eliminate the challenges currently faced in both the dry and rainy seasons in the long term, But we still see valve regulation in place.

NAWASA depends on the rain to provide an adequate supply of water to sell to consumers. Thompson showed some concern of the certainty of that. In examining the storage situation he pointed to the fact   that some wells that were used in the old days are now neglected. He made reference to three wells in Woodlands in an area which once was “protected wetlands”. That area is now lost to commercial buildings that are now being constructed there. As an official of land development his concern is based on the fact that should there be a scarcity of water over a long period, the wells could have been plan B.

Another area of concern is in Annandale. Thompson revealed that people are using the area above NAWASA’s catchments to rear cattle. In his words “and if you tell the owners anything, they want to pull cutlass.” This, he explained, can compromise the quality of the water that is being piped. So as we examine the theme ‘VALUING WATER’ we should realise that we all have a part to play. Thompson said that one of the reasons at the core of the problems is the lack of the land use policy. He said that the water policy that was approved by Cabinet was done in parallel with the land policy so they were supposed to be partners, walking together so the management of land should be going together with the management of water. The land policy is still lagging behind in getting approval and this is serious business.