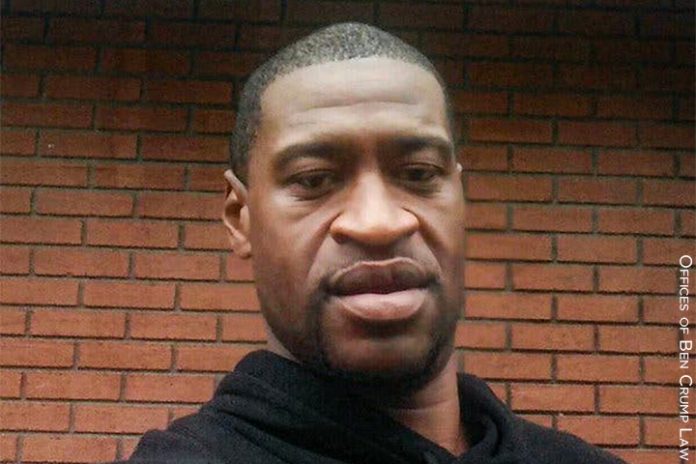 “… The recent expression of the loss of George Floyd is indeed a Caribbean cause, the struggle is a Caribbean struggle and it’s important to look at the context within which it occurred when the Europeans took 15 million of our ancestors from Africa, destroyed their culture and dragged them across the Atlantic and scattered them.

We have to recognize that the colonies of the United States started from the point of view of the enslavement of African peoples. It was a Caribbean project that was transported into the United States. It was in the Caribbean that Britain the first European nation to declare in constitution and law that African people are not human beings; that African people are chattel property and real estate. This was a British legal invention that was developed specifically for the Caribbean.  It was this model that was transplanted into South Carolina which became the first American colony that was built upon the enslavement of African peoples and South Carolina became the first colony where Africans were the majority.

The slave owners of Barbados and Jamaica were given royal access to that space called South Carolina and transported the Caribbean slavery world into the US as a business; so the movement grew to maturity and spread across the United States. The Americans fought for their independence and won against the British and they had a golden opportunity to build the new vibrant nation on the basis of freedom and democracy for all; but they chose instead to build upon a foundation of slavery developed from freedom for all white people and slavery for all black people. That was the foundation on which the United States was built.

Because freedom and slavery could not coexist comfortably in the same space a hundred years later,

free democratic society on that basis. They went back to the Civil War and fought one of the bloodiest wars in human history to make that point. But they replaced slavery with Jim Crow and for another hundred years following slavery, we had racial apartheid based on the principle that had been there from the beginning that black people are not humans. What we witnessed in Minneapolis was the legacy of this tradition.

We in the Caribbean have always seen our role in facilitating the liberation of black people. When Marcus Garvey departed Jamaica in the Caribbean to go to Harlem and led, what will become the greatest black civil rights movement, it was dedicated to the dignity of black people. He went to New York to spread a movement across the world dedicated to the upliftment of the black soul. What was happening to the black people of America was a Caribbean concern because we have been connected by history and circumstances then in the persons of Marcus Garvey and Martin Luther King jr. When they were trying to take Garvey’s life, he would retreat to Jamaica to fill his lungs with fresh air, rebuild his confidence with focus and return to the mainland to continue that struggle. Marcus Garvey went north Martin Luther King south and forged that inevitable bond of our commitment. We have seen this also with Malcolm X who was raised in a West Indian household where his parents infused in him values that as a mature man he should take responsibility.

So when Bob Marley wrote those songs within the tradition of the Garvey and the King legacy that we must get up; we must stand up; we must defend our dignity, he was building upon a foundation in which all of the African family was bond together. So when that policeman placed his knee at the throat of Mr Floyd, it was reminiscent of those images that we have seen of black men and black women and black children hanging from trees with ropes around their necks gasping for breath until it was all gone.

Documents in archives from New York to Minneapolis to Miami to Kingston to London are filled with documentation of these acts where the taking of a black life became a cultural game, a social sport. So when this police officer is kneeling with a sense of authority upon the throat of Mr Floyd with his hand in his pocket poised as if speaking to an audience in triumphant celebration like a fisherman who holds his catch of the day high showing to the world “look what I have caught,” this officer was celebrating his triumph and as a hunting pack together taking their prey to the ground. This evil that can never be accepted. That’s the kind of evil from hell that has penetrated into the human existence and is determined to convert all of us into precisely what the British did -define us as -non-human property and real estate.

Forced to view on the virtual landscape in theatrical fashion, we were called upon to witness sheer evil on display as a 21st century spectacle in the direct lineage and legacy of that world that continues in our historical moment. This problem is partly of a Caribbean creation because the Caribbean was where that world was first hatched. We all must see this as our problem. Marcus Garvey knew exactly the struggle to which he was going to dedicate his life. He was in every colony of the United States calling for the dignity of the black soul. Malcolm X understood that! Martin Luther King understood that! Bob Marley and all of the great Caribbean minds understood that!

Those experiences in the United States are domestic to us. What the world saw was the evil that Marcus Garvey and Martin Luther King wanted to eradicate. This is a Caribbean cause and it’s a global struggle!