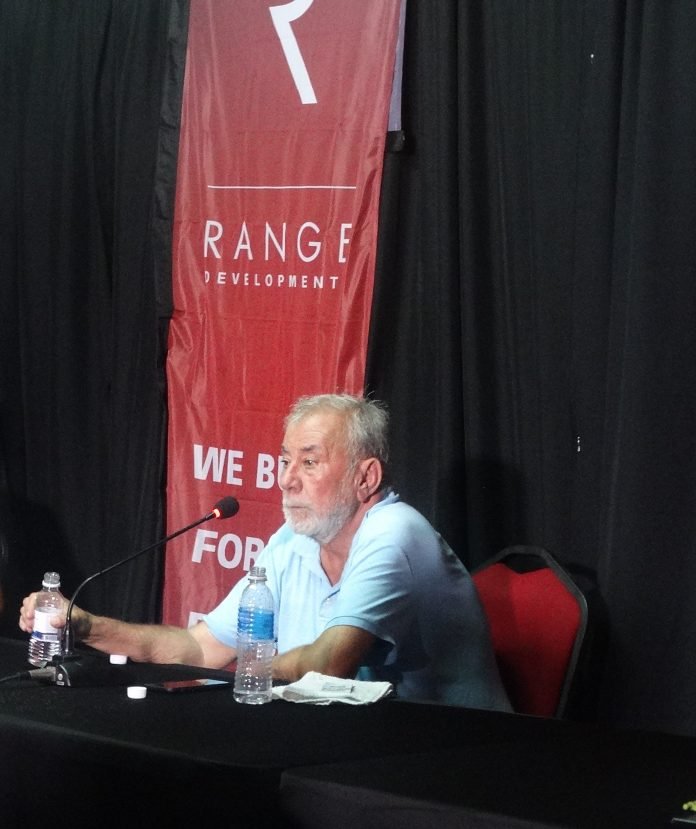 Responding to questions about the environmental impact the development has had on water fowl and other natural habitat during a post-Cabinet briefing last Thursday (August 06), the Member of Parliament for Saint David cited the success of projects in Saint Kitts and Dominica by Range Developments.

“The track record is there to prove they have always engaged the community and help develop the community wherever they build these hotels,” he said.

When site preparations for the $100 million (US) project commenced, some local residents and conservationists expressed outrage at the destruction of mangroves and wildlife habitat. In particular, they worried about the impact on a salt pond at the site due to the removal of vegetation surrounding its shores.

When asked about the salt pond and the reported destruction to natural habitat, Minister Joseph said the developers “are committed to preserving whatever is there on the site.”

“In fact, the salt pond which you’re hearing about now has not been cleared in years. The first action when the developers decided to clean the pond, because they want to keep it alive, 10 truckloads of garbage (were) taken away from the pond and had to be dumped in order to clean it up. So, they are committed to preserving whatever is on that site because they want to use it as part of the attraction for when visitors come to their hotel.”

He noted that, in keeping with Grenada’s laws, the beach will be accessible by the public. One local resident said access should include the beach known locally as the ‘back beach’; the same beach where an American tourist was raped and murdered in January 2016. “All beaches are public spaces and therefore the public must have access to them,” the Minister said.

The company announced the commencement of initial work at the La Sagesse construction site on Independence Day, February 7, 2020. In response to questions about the timing of engaging the community in the process, the Minister said local residents have been involved in planting trees, especially fruit trees as fresh fruits will be offered to visitors at the luxury resort. This initiative, however, reportedly commenced after trees were cut down and other natural growth was removed to make way for construction.

The newly formed Corinth Community Enrichment Organisation invited officials from Range Development to discuss the project on Wednesday (August 12). Approximately 100 local residents attended the meeting at the La Sagesse Nature Centre. Following introductory remarks by local resident and teacher Marlene Neptune, managing director Kamal Shehada provided an update and answered questions for approximately three hours. In response to queries about the salt lake, he said in addition to the removal of plastic and other garbage, there is five feet of sludge that has to be removed to restore the pond.

He observed the lack of amenities on the public beaches such as toilets, garbage disposals, shades and seating areas; he explained the intention of the company is to improve the area for the local community.

Range Developments describes itself as an “award-winning developer of ultra-luxury resorts in the Caribbean offering Citizenship by Investment in Dominica, Saint Kitts and Grenada.” Shehada made several references to the company’s involvement with local communities in Dominica and Saint Kitts in education, sports and other social activities.

Although the coronavirus pandemic has impacted the construction schedule, he said the company is committed to having the resort open to the public in December 2022, notwithstanding any unforeseen circumstances. Approximately 600 jobs will be generated during construction, with 180 permanent jobs at the hotel.

He expects excavation work to start in September and concrete on the ground by December. In a June 25, 2020 promotional article on the Range Development website, Six Senses informs potential visitors seeking to escape the shadow of COVID-19 that the design offers complete privacy and seclusion “with just 100 guest rooms spread over 28 acres.”

The meeting agenda included testimonials from local residents; however, these did not take place as the question and answer session dominated the discussions.