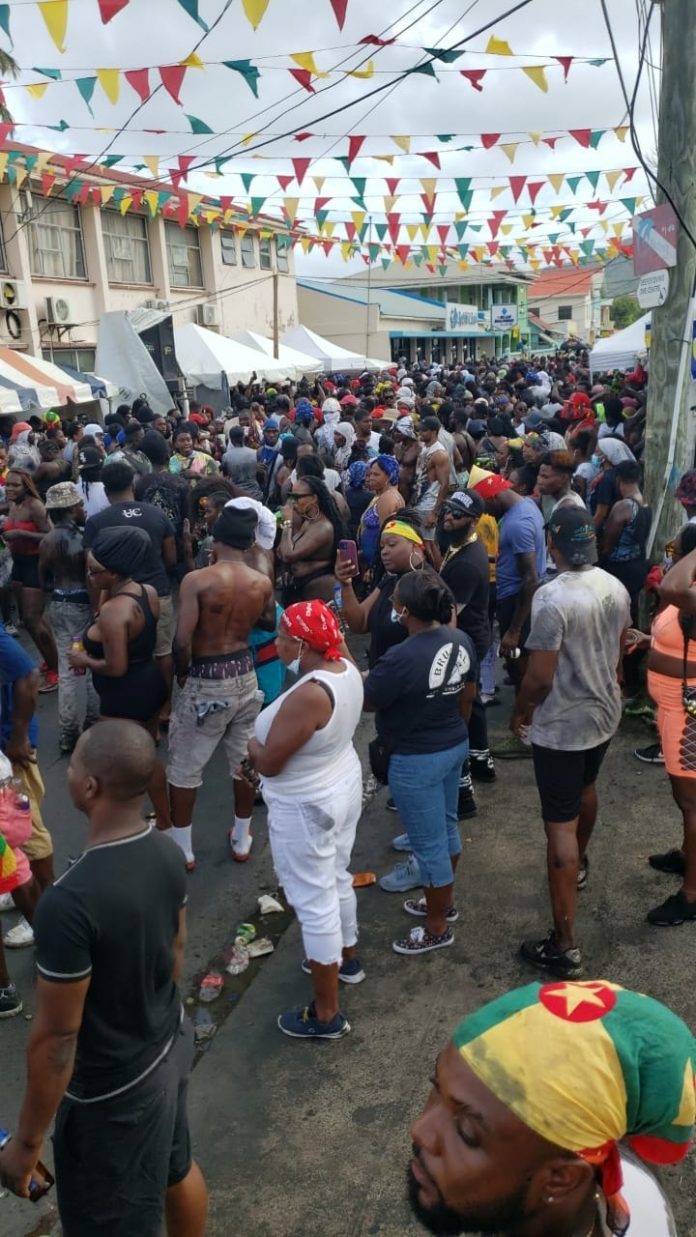 “We are pleased with the execution of the festival, which was incident free. Everyone is happy, and had a wonderful time,” expressed Chairman of the Carriacou and Petite Martinique Festival Board.
James Stafford told The Grenadian Voice, “The Carnival went well, it was fantastic though we had limited time to prepare.” He explained that while they were planning a virtual carnival, following the Minister of Culture’s announcement last Tuesday, the festival board and the Carriacou Carnival Committee.went into an emergency meeting and reorganized.

Last Friday saw a soca show by private promoters. Saturday was the Explosion of Kayak Mas at the Hillsborough tennis court, which included performances by soca artistes, calypsonians, cultural performers and masqueraders.

Expressing gratefulness that Monday was declared a bank holiday, the chairman noted that there was a “massive turnout” for Monday morning’s J’ouvert. The day also saw a few mas bands on the road, Stafford said, sharing that “we didn’t believe we would have had bands on the road contrary to what I stated in an earlier interview but people expressed interest and we were able to assist and get the bands on the road.”

He is pleased that the artistes who participated in the Kings of Kings explosion and soca concert were able to get $1000 appearance fee, as that they were unable to get such in the last two years.

Those funds, he said, came from Festival board’s proceeds from past events and Government subventions.

This year’s event took an entertainment approach rather than competition.

Also, Stafford is pleased that the youth got the opportunity to “release that steam” and enjoyed themselves.

The chairman shared belief that the objectives of the carnival were fulfilled in that it not only provided entertainment but also was an economic booster for the sister isles. “There are people who are dependent on activities like carnival to make a living and over the last two years they were not able to do so. But this carnival has given them a chance to recuperate and while they might not recover all they lost, there is hope that things are getting back to normal,” he explained.

Stafford expressed thanks to people from mainland, noting that while they are still tallying the total visitors, he estimates that over 1000 people visited via Dolly C, Osprey and fishing trollers.

He also thanked Head of the Eastern Division Superintendent Pierre and his team for “working along with the Festival Board and committee to ensure everything was done in the best way.”

Further, he thanked the Ministry of Health and the Government for the opportunity to have the carnival, following the two-year break due to the COVID-19 pandemic.