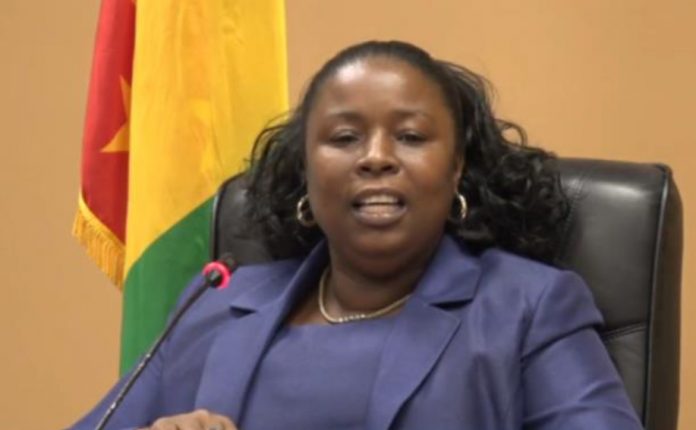 Young men of three communities were expected this week to commence participation in a pilot programme geared at teaching them important life skills for problem solving and decision making.

According to Minister of Social Develoment, Hon Delma Thomas, the Man Box programme – Passport to Manhood, targets young men between the ages 15-19 “as they are more likely to experience the impact from their actions.”

The programme, fully funded by the European Union (EU) to the tune of EC$8,000, was expected to commence yesterday (Sep 17, 2020) in the communities of Willis, Saint George; Mt Horne, Saint Andrew and Mt Rich in Saint Patrick. It is expected to run for a 10-week period, ending with participants receiving certificates of participation.

Minister Thomas, during last Tuesday’s post cabinet briefing, said based on an assesment conducted in May 2019, the prevelance of a number of social issues within these communities indicated the need for such a programme. These included poor parenting skills, unemployment, consumption of drugs and alcohol, incest, disrespectful attitudes and truancy at schools.

The Minister explained that the three communities were identified based on statistics from the magistrate courts, where it was determined that individuals from these communities had higher representation of being accused.

Noting that implementation was delayed due to COVID-19, the Minister said this caused a revision to the programme to include other social issues such as suicide, suicidal thoughts and aggresive behaviour.

Permanent Secretary (PS) in the Ministry, Chrisse Worme-Charles, agreed that the programme is part of the Ministry’s response to addressing the issue of increase in suicides.

Each cycle of the pilot programme, which will be conduted by in-house facilitators of the Ministry, will target 15 participants from identified communities.

Sessions will be conducted each Monday at the community centres in each community from 5pm – 6:30pm in keeping with the COVID-19 protocols.

According to Minister Thomas, the execution of the programme should see the following benefits to the communities: