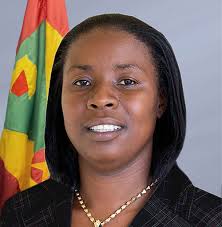 The issue of re-integrating children in schools after giving birth is once again a hot topic as it was brought before the House of Representatives in Parliament.

Former Education Minister, Franka Alexis-Bernardine, who was instrumental in setting up the Programme for Adolescent Mothers (PAM), has added her voice and is advising government to be mindful of deviating from Grenada’s religious and cultural norms.

Bernardine, who is the leader of the National Democratic Congress (NDC), said there should be an option for pregnant teens and young mothers to continue their secondary school education peacefully since it’s a sensitive situation.

In her warning to government, Bernadine on local radio earlier this week said, “We tried once before. I want to caution about this, the cultural norms in the society are very critical in running a programme like that. It is a sensitive programme and certainly while you want to have students attend regular school, what proved very significant was the response of the society – they took an adamant position with respect to children who had babies returning to schools.”

Bernardine, who served during the 2013-2018 reign of the National Democratic Congress (NDC), recalled an attempt to re-integrate one teenager at the Boca Secondary, a move she cautioned against. Regrettably, she said, “they gave her hell [the student] in that school for the entire time, subtle and otherwise….”

The former Education Minister gave another example of a girl who got pregnant at age 10/11, gave birth to twins, returned to school and earned a School Leaving Certificate. Prior to re-integrating the young girl into the primary school, the staff underwent counselling and the principal was very supportive as he was required to intervene and take a firm stance to back off the boys in particular who harassed her with teasing, she said.

She noted that empathetic principals are key in managing such a project, “but the idea of doing away with PAM so that you can force children back to secondary school is not going to work in this country.” Bernardine was following up to the idea raised in Parliament the week before by Minister of Social Development, Hon Delma Thomas, who believes that education is a must for every child even for those who get pregnant while in school due to abuse in most cases.

Last Friday (Aug 28), Hon Thomas told the House of Representatives, “I believe at this period in our life, as a government and as a nation, we have to look whereby our children can be re-integrated into secondary school. There should be the choice whether or not you want to go back to secondary school where it is flawless so there must be education of our people in accepting these young ladies or they can opt for PAM or another facility that can help in providing education opportunities for our young women in abusive situations.”

Speaker of the House Michael Pierre, who supports such a move, recalled that when he was the Chief Education Minister, he was battered by women organisations, churches and other organisations for sending students who got pregnant back into secondary school. However, he said the result was “wonderful” in that four of them completed their education.   He said these students should not be crucified as in most cases they are not responsible for the situation.