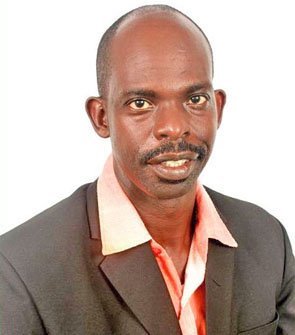 While the Ministry of Education has indicated that temperature checks for students to monitor possible COVID-19 infection may be random, the Grenada Union of Teachers (GUT) is of the view that this should be done daily.

During last week’s media conference, Minister of Education Hon Emmalin Pierre, said that previously the Ministry of Health had indicated that this is not necessary; however, her Ministry intends to get guidance from the Health Officials on that matter, as schools re-open tentatively on September 07, 2020.

“We intend to do some random testing at the schools with support from the Ministry of Health,” Hon Pierre said, adding, “This is not included in our protocols. This is something that we must get guidance from the Ministry of Health, that they are comfortable with our schools conducting temperature checks because it is not just checking temperature.”

The Minister added, “It’s also about people’s readiness to do that in terms of the training and the knowledge. And once we talk about getting into health specific things, there are things in the law, there are things that we are also guided by.”

However, President of the GUT, Marvin Andall told The Grenadian Voice that the Union is of the view that there are certain best practices that have been established globally, as it relates to protocols for the re-opening of schools which should be adopted in Grenada.

He said, “We believe that some of those best practices should be followed here in Grenada and one of those is temperature checks on students and teachers on a daily basis, without exceptions.”

From next month, all categories of students will be expected to return to the classroom since the country entered a State of Emergency in March, including a curfew, which has since been lifted.

Minister Pierre cited a challenge to accommodate students while maintaining the six feet physical distance requirement. Consequently, there will be a staggered approach for school attendance, based on the capacity of each school.

The number of students attending school daily will depend on the space available and the specific plan of each school.

Among the protocols for students will the wearing of masks and maintaining of the six feet physical distancing.

President Andall however expressed concern that it will be a challenge to get younger children (Early childhood, pre-school and kindergartens) to observe the social distancing and to refrain for using each other’s items.

More so, he cited that it will be difficult for a teacher to maintain wearing of a mask while teaching.

Minister Pierre also announced that the Ministry will work with parents who do not wish to send their children back to school under the current conditions.

Additionally, she said that exceptions will be made for students and teachers who are unable to wear a mask over long periods due to existing health conditions.

According to Hon Pierre, Government has estimated to spend $1.9 million to cover the cost of operating schools for four months; September to December, under the COVID-19 protocols.