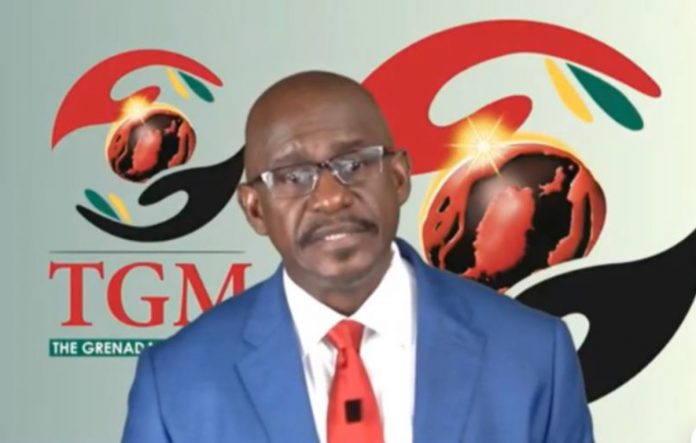 A new non-governmental organization aims to focus on public policy issues and present an alternative view to Grenada’s development.

The Grenada Movement (TGM) has a vision to be “the vehicle through which Grenada, Carriacou and Petite Martinique realises her potential of prosperity, security, equity, sustainability and democracy, in an ever-changing global environment.”

Addressing listeners and viewers at Wednesday night’s virtual launch, TGM’s Chairman Dr Patrick Antoine, said the organisation is not a political party but a registered NGO that “intends to deal with critical issues attendant to the current development dilemma in Grenada.” He also stated intent to not engage government in a non-confrontational manner but through dialogue.

Dr Antoine, who previously served as Chief Policy Advisor on Finance, Planning, Trade and Economic Development and as Grenada’s Ambassador to CAROICOM for the current administration, said TGM “will repose the dreams and aspirations of generations of Grenadians for a united independent, productive, innovative and caring society.”

Promising to present an “alternative view” to Grenada’s developmental path, Dr Antoine noted that opposition views are critical to democracy.

He said the time has come for the weaknesses in the economic and social systems to be addressed such as Grenada’s dependence on tourism, heavy reliance on food and other imports of basic items and the stubborn level of poverty that makes Grenada vulnerable.

“The legacy of COIVD-19 for a country must be a New Economy and a New Society.” To achieve this, Chairman Antoine said “we must all commit to recovery with transformation. TGM is grounded in the understanding that economics and the policy framework that underpins it must be first and foremost about improving the lives of our people.”

Dr Antoine, who touted the concept of the New Economy during the New National Party (NNP’s) 2013 general election campaign as the framework for Grenada’s development, but lost its way over the years, said not enough progress was made in that regard and not much emphasis was placed in critical areas.

He said the New Economy discussion is still relevant and encompasses industrial revolution, technology, innovation, noting the need for government policy to create the enabling infrastructure.

Thus, he said TGM’s agenda “is how we create the change factor that will take us into this New Economy and New Society because the old economy in several respects has shown signs of wear and tear and is not going to generate the levels of economic growth that will sustain and reduce unemployment, generate economic activity, etc.”

The Chairman noted that “TGM offers an avenue for the frank and objective discussion of … issues and for the forming of a consensus on the way forward,” stating however that “TGM does not profess to have all the answers.”

Dr Antoine said TGM has commenced listening sessions to hear the view of Grenadians and called for persons to join the movement with ideas, and a commitment to build Grenada.

Youth advocate Garth Walters expressed his belief that “this 21st century mentality where the focus is on the “I” more than the “we” is not befitting of a small state whose founding premise was that of togetherness. To change the status quo, we must unite once more.”

Attorney-at-law and Activist Johannan Lafeuillee said, “My hope is that this launch inspires pockets of pressure groups across Grenada, the wider Caribbean, and beyond – regardless of race, creed, political affiliation, faith, or profession. For the sake of our shared democracy.”

TGM Chairman said the Movement intends to frame a developmental agenda that is practical, considers developments happening throughout the world, build on existing foundations and includes the voices of all, including the Diaspora. This agenda, he said would address the challenges in education, health, agriculture, energy, technology, social capital, etcetera.

According to Dr Antoine, TGM was formed on the principles of people participation and social equity. It is made up of a number of Grenadians including Jennifer Rapier and Kenneth Nedd.

Economist Antoine, who was vocal on issues of national development in the past, went silent for the past year until his re-emergence sharing his views on such issues in recent weeks. He said his silence was because the past year was a difficult one for him, having lost his father and others close to him. He said his re-emergence is as a consequence of COVID-19 and deciding to spend more of his time in Grenada.

Dr Antoine previously served as Grenada’s Trade and Economic Commissioner to Trinidad and Tobago, and as Grenada’s Ambassador Extraordinaire and Plenipotentiary and Permanent Representative to the WTO between 2003 and 2008.

Throughout the launch, there were endorsements of the NGO by social activists, Ms Jennifer Simon-Rapier, Ms Janice Augustine, and by Mr Perry Douglas, who facilitated TGM’s first public lecture.

The virtual launch, hosted by Ms Emily Rapier, was broadcasted on Grenada Broadcasting Network (GBN), WPG 10, WeeFM 93.3/93.9, BossFM 104.1/104.9; and webcast on the TGM Facebook page and Ride Along with Junior George.