The agony of watching the Cricket West Indies ODI team 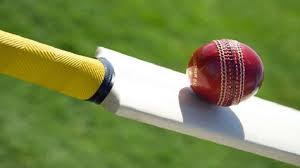 Cricket West Indies market value ought to be at its lowest point following the disappointing performances of its One Day International Team in Bangladesh.

Indeed a most horrifying display of Caribbean cricket – which surely was a turn off for spectators and even the most ardent diehard followers. For those of us in the Caribbean losing several hours of early morning sleep to watch the game on TV it was a bitter pill to consume. Effortlessly Bangladesh ripped apart the West Indies to the pleasure and enjoyment of their supporters but to our dismay.

Not a single West Indian batsman recorded a score of 50 in the series nor did the team post a total of 200 runs, and worst of all, they were unable to bat for the duration of the 50 overs in any of the three matches. West Indies were absolutely no match for Bangladesh. The top order batsmen were a miserable sight to look at during the live television broadcast of the three matches.

Yes this was a second string West Indies team selected after 10 of the leading players opted out of the series because of fear of COVID-19. Not many, if any, expected the Caribbean team to beat their host, which boasted an impressive run of ODI victories playing on their home ground between 2015 and 2021. Bangladesh’s victims include India, Pakistan, England, Sri Lanka. The reality is they are among the most capable and effective competitors in exploiting home conditions. Their team of crafty spinners and medium pacers are masters of the art operating in their known environment.

West Indies crumbled so easily and looked inept and awkward throughout the series. Vice-captain Sunil Ambris, the most experienced of the batters, who opened the innings was a mere shadow of his former self. And so too were Nkrumah Bonner, who has scored tons of runs in regional cricket and the captain, Jason Mohammed

In summary, this ODI team might have been the worst to represent the West Indies in many decades.

This was the first series for both teams in the International Cricket Council’s ODI Super League that will- provide automatic qualification for the 2023 World Cup in India. Bangladesh therefore collected all 30 points – 10 points per game. The return of the leading players for home series against Pakistan, South Africa, Sri Lanka and Australia should produce a much stronger West Indies team; however, it seems another huge uphill struggle for the region to be among the automatic qualifiers in two years’ time.

It will not be a surprise to see West Indies battling the likes of Ireland and United Araba Emirates, Zimbabwe, Scotland and others for the two spots in the elimination series which precedes the World Cup. West Indies reached the 2019 World Cup in England being one of the two teams to emerge from the play-offs featuring second string playing nations.

The biggest challenge facing Caribbean cricket is its inability to produce again batsmen of the calibre of Sir Viv Richards. Brian Lara, Gordon Greenidge, Shiv Chanderpual, who scored runs around the cricket world playing in different conditions. One would hope that from the emerging crop of players two/three would blossom and become world class batters.

The respective nations that make up Cricket West Indies are not producing high quality players and they are challenged to dig deep and unearth and nurture the brightest prospects, Based on what we have seen in the recent series defeat against New Zealand and now the humiliation in the ODI games against Bangladesh 2021 seems yet another difficult year for Caribbean cricket; but let’s all remain positive that sooner rather than later the regional game is rescued by a couple or more exceptionally talented players.