The author of “Hail Grenada’’ has died 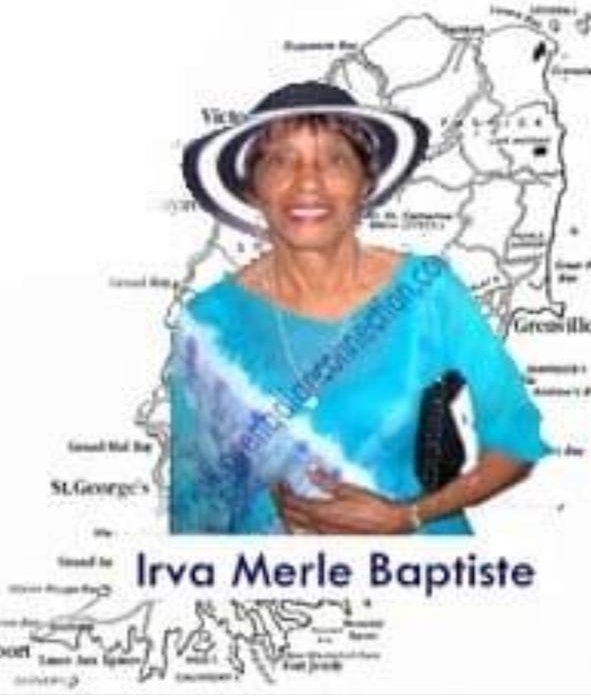 The Government of Grenada extends its deepest condolences to the family and friends of Mrs Irva Baptiste-Blackett, who passed away September 08, 2020 roughly three weeks from her 99th birthday.

Prime Minister Dr the Rt Hon Keith Mitchell said Grenada has lost a truly patriotic and dedicated individual, who understood the importance of unity and love for country.

“Mrs Blackett was an extraordinary Grenadian, who put country first. Her composition of the National Anthem serves to distinguish us as a people, and for that, we are eternally grateful.”

The Grenadian Voice visited Irva Merle Baptiste-Blackett, who wrote the words of our 46-year-old national anthem, following this year’s independence celebration, unaware that it would have been her last February in life.

Blackett has touched many lives as she enjoyed a career in education as a teacher and then principal. She was the sister of another educator the late H D Baptiste popularly known as ‘Daddy Bakes’.

After her marriage to Wynston Blackett, she migrated to Barbados which was her home until the death of her husband. Although the onset of Alzheimer’s was evident when we visited her, she was gracefully enjoying her twilight years in the Spice Isle.

At 98, she was able to recollect her thoughts enough to sing the national anthem with us as she remembers clearly that it was written by her.

The once leader of the Methodist church choir and pianist also shared some of her experiences as a teacher in earlier times as far back as Ms Nunez School in Saint George’s and at the St George’s Anglican, as well as being principal of Woburn Methodist School before migrating to Barbados.

Baptiste-Blackett received the Camerhogne Silver Award during the 2009 Independence celebrations as the writer of the National Anthem of Grenada.

In extending condolences to the family, the Grenada Cultural Foundation said, “It is with sadness we hear of the passing of Mrs Irva Baptiste-Blackett, who has made a great contribution to our country, which remains an unwavering reminder of our pride and honour to be Grenadian.”