HomeNewsThe call for help for disabled man is answered
News

The call for help for disabled man is answered 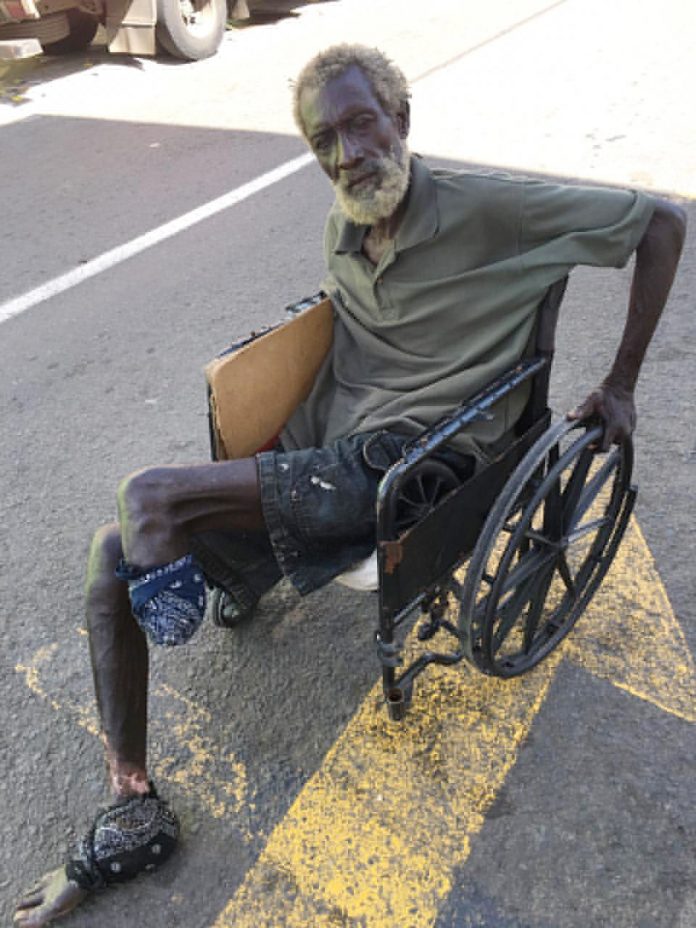 The Grenadian Voice is happy that help is on the way for 65-year-old Arthur David Garrick, a disabled man we featured on our front page last week.

The man from Griffin Lane, Grenville in Saint Andrew, was becoming a nuisance to many as he moved around in a disheveled condition on a broken wheelchair, begging for money.

One of the many complaints is that, sometimes he located himself near the entrance of business places while giving off a bad odour.

Reports reaching us state that he was seen being taken away by medical personnel and Police Officers on Saturday October 10.  Relatives confirmed he was placed in an ambulance and taken to the General Hospital where he may undergo another amputation since his right leg is becoming more infected.

What happens after that is anybody’s guess since Garrick, who shared a home with his brother, said he took to living on the streets due to verbal abuse at home after the amputation of his left leg in May this year.

The wheelchair, which was given to him by the hospital after the amputation, is now broken and missing a wheel. Garrick said that his chair is vandalised by people when he sleeps.