HomeEditorialThe farmer, the thief and the planting season
Editorial

The farmer, the thief and the planting season 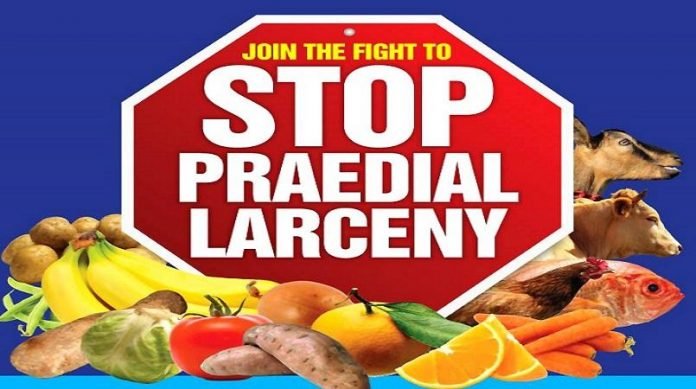 Praedial Larceny – a nice name for an ugly crime – that, perhaps, continues to be the biggest problem facing farmers who will most likely continue to be preoccupied by it since we are getting into another planting season. The idea of people doing business with stolen goods is not new and does not seem to be going away anytime soon despite the many discussions held by stakeholders. Ideas are coming up in meetings on the issue but are they working?

The Police are calling on farmers to keep their farms safe; the farmers are calling on the Police to do a little more to stamp out the crime. Meanwhile the thieves continue to thrive on their illegal venture of stealing people’s farm products. In recent times we have heard of thieves who picked all the sour sop from a tree owned by a blind man who despite his handicap, does some gardening. He only had one tree as he cultivated the fruit mainly for domestic use. In telling the story, the blind man revealed that he was approached by two men during the day who asked about purchasing the fruit. He explained to them that he needed the sour sop for his personal use. By the next day there was not one fruit to be found on the tree. It is highly suspected that they were harvested by thieves during the night. Can this be fair?

Falling short of erecting guillotines on their garden plots and farms, farmers are coming up with their own innovations to deal with the issue; but the thieves seem unstoppable. One farmer recently tied watch-dogs on his farm only to be greeted on the scene by what seems like a gruesome cutlass attack on one of the dogs whose head was split in two. In some instances, surveillance cameras are installed; but despite the fact that the evidence is brought in court and the thief is caught and jailed for a little while, the praedial larceny continues after the thief is released. Is the time spent in reform at Her Majesty’s prison enough?

Maybe more time is needed to get people to understand that being a thief should not be a career for life. We look at some programmes on local television put on by prisoners and wonder if the only skill they learn to master while in jail is acting, because they are caught again and again committing the same crime. Leadership of the prison was appealing to the public to give the inmates a second chance upon completing their sentences; some of them end up being a thief before going to jail and a security guard after. We wish them well and hope that they have learnt to resist temptation for life.

Some of us may remember the days when an old man would spend almost the entire day alone in his farm. He might have even slept for a while peacefully under a tree with no disturbance. That has long been a thing of the past since it is no longer safe. We have heard of stories of people being attacked in their own farms with some instances ending fatal. The farming aspect of Agriculture is becoming so troublesome that drastic measures must be speedily applied in order to safeguard that which is needed for food security. The thieves must be taught lessons that are easy to learn and hard to forget.

There is concern that despite the Police warnings, vendors and restaurant owners continue to buy praedial products. Some farmers think therein lies the problem, because if there were no market outlets people will not be encouraged to steal. But aren’t the very side-walks in the towns used to sell agriculture produce? Do the Police carry out spot checks on them for necessary receipts as proof of purchase from legitimate farmers?  Can we say for sure that they are not the thieves who are selling on the sidewalks?

It was sad to hear the plight of a farmer in the evening news revealing that he lost hundreds of pounds of sour sop from his lands at the hands of thieves. After investing in labour and other areas to produce his crop, it was definitely a great loss for him. It can never be fair to farmers that after working hard in their fields during the day, they are required to watch over their crops during the night. Farmers are relying on the new Senator and Minister who are now representing them to come up with policies that will get rid of praedial Larceny once and for all. There was a time when a certain Magistrate in Saint Andrew would have added a little something to their jail sentence especially when caught more than once as the words of a calypso stated “If they pass you by St Louis, he has something for you.” The strokes he ordered then were no fun. Praedial Larceny can never be too big to be stamped out.