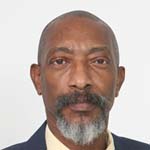 By Ambrose Phillip, Projects Officer in the Ministry of Agriculture

A few weeks ago, in the midst of the COVID-19 lockdown, the Hon. Prime Minister announced the formation of an economic committee to formulate and make recommendations on the post COVID-19 Grenadian economy.  At this time I am not aware that any recommendations have been made notwithstanding that, with about ten days to go, the Government of Grenada has begun announcing protocols for re-opening the country’s borders at the end of June.  These come after significant relaxation of the lockdown measures.  Indeed, at this time, the major sectors remaining are in hospitality, education, and religion, and are, principally, restaurants, schools and congregations.

Many economic, social and political gurus have deemed this COVID-19 pandemic the greatest game changer the world has seen since the Great Depression of the 1930s.  In this regard, on the world stage, we have already seen, or are witnessing the following:

The post 1950s period was a new normal for this and the African region.  It was the period of colonization. It was the collapse of the plantation system; but it was also the expansion of imperialism.  However the demise of the plantation system did not mean the death of agriculture; that awaited the strengthening of imperialism through the operations of Multinational Corporations (MNCs) and the creation of trading blocs and the eventual impacts on preferences.

History teaches us that, its lessons, once forgotten, are to be repeated.  So, once again, we, as a small island nation buffeted by the seas of biological, economic and political pandemics, must examine the lessons of the past in order to move forward.

We have forgotten that Saint Lucian Sir Arthur Lewis, the first black man to be awarded the Nobel prize in 1979, was the world’s leading development economist.  His 1950 and 1954 books on the subject sought to twin industrialization with the labour that was being released from the rural economy.  In fact the effective result was the “industrialization by invitation” model that took off principally in Trinidad & Tobago and Jamaica in the 1960s.  It was also characterised by import substitution though such substitution took place in what was called ‘light manufactures’.

I now advocate that, as one of the economic ways forward from the current pandemic, a programme of agro and agriculture-based import substitution be embraced, state supported through funding, and be immediately implemented.

This section proposes specific approaches and actions that Government may employ in the agro, agricultural, and fisheries sectors in order to revitalize and improve them in the post COVID-19 period.

In relation to ‘pure’ agriculture, immediate import restrictions and prohibitions are advocated for the following:

Regarding fisheries the following are proposed:

Research support for identifying and promoting plant-based proteins for feed purposes may also be required.

The thirteen areas identified above may constitute the immediate (<9 months) and short to medium (1 – 2 years) time frames towards transformation of the sector.