The second in the series of cross country races attracted many 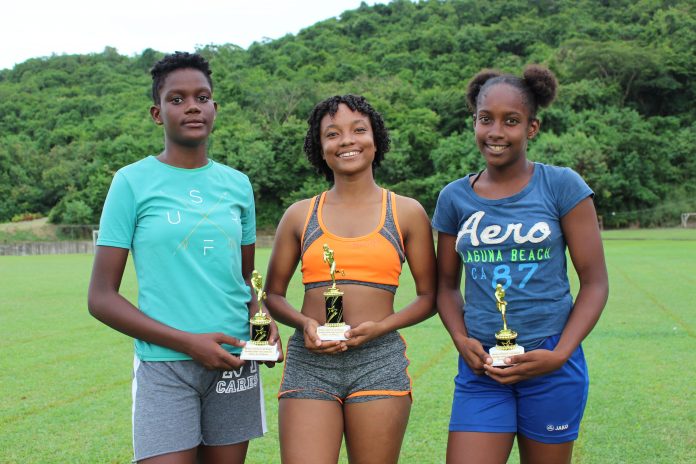 Thorne clocked a time of 26 minutes 58 point 56 covering a distance of 7300 meters finishing more than three minutes ahead of his nearest rival – team mate Rickel Julien of Ace Sport. His time was 29 minutes 57 point 91 seconds.

Third was Kim Fletcher who was unattached to a club and her time was 27 minutes zero two point 81 seconds. In fourth position was Aliyah Gidharry of Track Blazers in a time of 27 minutes 44 point 69 seconds. And fifth was Kevillisha Joseph of Track Blazer in 28 minutes 37 point 83 seconds. Kadisha Debellotte covered the distance in 30 minutes 58 point 64 second and placed sixth and seventh was Gina David of Track Blazers.

The event staged at La Sagesse in St. David by the Ministry of Youth and Sports in association with Track Blazers Club was the second in a series of three Cross Country races, and attracted dozens of competitors in both the men’s and women’s categories.