HomeLettersThe Sentinel – the uncertain future of our built heritage
Letters

The Sentinel – the uncertain future of our built heritage 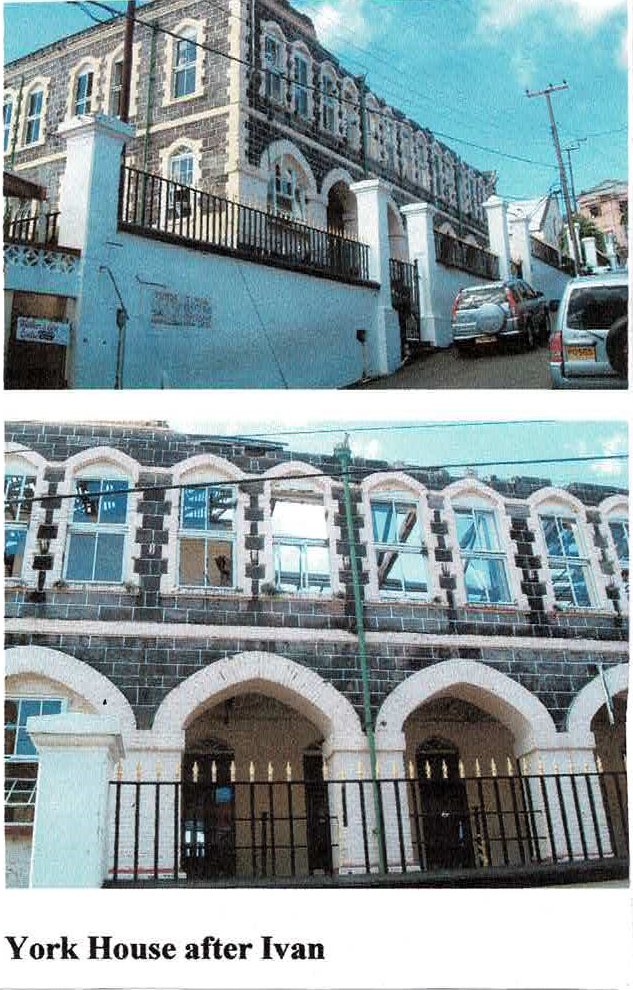 There is an old saying that if one wants to destroy a country – you first get rid of its culture and everything else would come tumbling down in the fullness of time.
Over the years successive governments have displayed this tendency in their benign neglect of our cultural heritage as a whole, but more specifically in our BUILT HERITAGE – despite the admonition in our national anthem to “respect our heritage”.
In this our 48th year of sovereignty and political independence, it is crystal clear that our built heritage is not of political importance, as it does not result in vote-getting by our policy makers.
Everywhere in the developed world the conservation of its built heritage is a multi-billion dollar venture, which is a major component of its Tourism Product, and provides well-paying jobs to a specialized cadre of skilled workers in the construction industry, which at the same time gives a fillip in the upgrading of our human capital as a whole.
Over the years the Willie Redhead Foundation has endeavored to provide an incentive to business houses and home owners who have maintained their historic buildings, in an effort to protect our heritage, by awarding a metal and wood ornamental plaque during our Patrimonial Award Ceremony held every two years up to 2019, but which has unfortunately been suspended due to the pandemic.
A cursory inventory of our outstanding built heritage in Grenada and Carriacou would reveal that most of them are the property of the State, which requires periodic maintenance by the government in office. In the case of our Capital City, the buildings of major historic importance which provides the character and ambiance of our historic Georgian city can be listed as follows: Fort George, The Market Square, York House, the Public Library, the Museum, Melville Street 3 story derelict, Police Barracks, Government House and the Market Square administrative building on Grenville Street, together with the decayed St. James Hotel on Grand Etang Road and the former GBN and Phillips buildings on Scott Street belonging to the National Insurance Scheme (NIS).
All of the above sites and buildings are in a state of advanced decay and have contributed to the continuing uglification of urban St. George; this – despite the fact that the city has had the same parliamentary representative for a number of years who seem unable or incapable of reversing this unfortunate downward spiral.
Despite repeated intercourse with the parliamentary representatives over the years, the Willie Redhead Foundation has not been able to convince the holders of the office of the economic advantage that could be derived by an upscale city, as a major Tourism Product as recommended by other international bodies like the Caribbean Development Bank (CDB) and the Organization of American States (OAS). The foundation is however especially concerned about the physical state of York House, which appears to be abandoned in an effort to accelerate its destruction.
York House – The architectural gem in our Capital City, has been the parliament of Grenada up to the passing of Hurricane Ivan in 2004. Instead of having this iconic structure repaired/restored as recommended by the CDB after Hurricane Ivan, when it would have cost less than a million EC dollars to complete – it has been left to decay; and the impression given by the government is to have it fall apart, as a pretext for its demolition, despite a joint Technical Report undertaken by the Ministry of Works, The Grenada Institute of Professional Engineers and the Willie Redhead Foundation – a few years ago – which confirms the structural stability of the building.

It is instructive that Barbados which has recently obtained Republican status, did not decide to build a new parliament building like Grenada, but having regard and respect for its history and heritage, has undertaken a comprehensive restoration and upgrading of its 130 year old parliament building in keeping with 21st century parliamentary modalities, which at the same time enhances the ambiance of Bridgetown – its Capital City.

When our NNP politicians are only interested in the construction of 5 Star Hotels (Concrete and Steel), and allow our historic structures/ our built heritage to decay, it reflects a mindset that does not respect our culture and identity – but reflects a condition that is historically myopic. This is why we need a New Vision as we begin the 3rd decade of the 21st Century.

The ball is therefore in the court of WE THE PEOOPLE – to initiate the change required for a progressive country as, we approach our golden (50th) anniversary of political independence on February 7th, 2024 by a commitment by The National Celebration Committee and the Captains of Commerce to give a face life to our Capital City to mark this historic milestone, “as we aspire, build and grow” into “a people in more than name.”