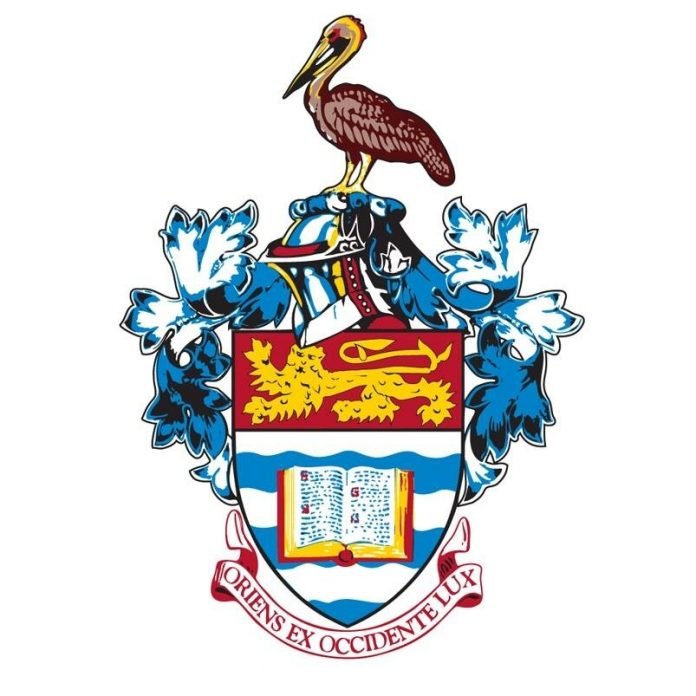 The University of the West Indies (The UWI) Open Campus Alumni recently launched an Endowment Fund to provide scholarships to talented but needy students from across the Caribbean as well as grants for developmental projects for the Open Campus.

The earnings from the fund will be utilised under the guidance of a Governing Board of Advisors consisting primarily of Alumni and the Open Campus Administration.  The fund will be professionally managed with transparency and periodic reporting to all stakeholders.

Dr Luz Longsworth, Pro Vice-Chancellor, The UWI Global Affairs and Principal, The UWI Open Campus in her address entitled OC Evolution to Endowment commended the Alumni on the establishment of the Open Campus Endowment Fund. “Your commitment to launch this fund with a US$1 million target is amazing,” said Dr. Longsworth. “Anything your mind can conceive you can achieve,” she added.

Dr Longsworth noted that, “the legacy which was being created with the launch of this Fund is creating a path, providing the ladder and pulling others over the high walls of access due to their financial situation.”  Additionally, she cautioned that there is no better legacy than to build the people of the future to ensure a better future for them, their families, their countries and this region. This Endowment Fund could not have come at a more significant moment in history,” she stated before announcing her donation of US$5,000.00 for the next five years.

Mrs Celia Davidson-Francis, Director of Alumni Relations, endorsed the initiative and expressed gratitude to the Open Campus for taking this bold new approach to a new reality. “Giving to The UWI means giving to create a better world and helping The UWI to prepare the future leaders that will guide and protect the Caribbean region for generations,” said Mrs. Davidson-Francis.  She urged the Alumni family to support the Endowment Fund wholeheartedly and to give whatever they can, as often as they can, to this important cause.

Ms Elizabeth Buchanan Hind, Executive Director of Institutional Advancement Division (IAD), in her remarks lauded the Open Campus for this initiative and pledged the IAD’s commitment to this worthy cause. “Long before the Open Campus was established it was evident that funding for the institution was diminishing and the University had to seek alternative sources of funding to continue its mandate to provide the professionals necessary for the sustained development of the region,” she stated.

She noted that she was confident of the potential of this initiative to not only be successful but also to surpass its goals.

Dr Noel Morgan, Chief Financial Officer, The UWI Open Campus noted that his Office was pleased to partner with The UWI Open Campus Alumni in the launch of The UWI Open Campus Endowment Fund. Dr. Morgan noted that since the start of the COVID-19 pandemic, many of our students had been confronted with increased hardship – loss of jobs, limited hours on the job, the death of loved ones as well as issues with Internet connectivity, which have resulted in many students having to withdraw or postpone their studies.

Dr Morgan in speaking about the fund indicated, “The Open Campus Legacy Endowment Fund like other endowment funds will permit the expenditure of income, but not the principal sums invested and where necessary, will limit the percentage or amount that can be spent in any year.” This will provide a predictable stream of income which will be managed by professionals, thus guaranteeing long-term stability and perpetual support to our students,” he explained.

He made an appeal for persons to partner by donating to the fund and building their legacy in the education of our students and by extension our countries and our region. “Help us to change the lives and future of our students as we provide the essential financial support they need to complete their studies and build for the future,” said Dr. Morgan.  “Your legacy in education will assist in connecting the present generation with future generations of families or businesses for a better world,” he added.

Among the attendees at the launch were Open Campus Patrons, Open Campus Pelican Awardees and Alumni from across the 17 countries served by the Open Campus who pledged their support of the Endowment Fund.  These included His Excellency Sir Rodney Williams, Governor-General of Antigua & Barbuda; Dame Pearlette Louisy, former Governor-General of Saint Lucia; Her Excellency, Ambassador Missouri Sherman-Peters, Caribbean Community Ambassador and Permanent Observer to the United Nations; Representatives of His Excellency Sir S W Tapley Seaton, Governor-General of Saint Kitts & Nevis; Ms Charisse Gumbs and Major Wilkin, Mrs Dancia Penn, Q C from the British Virgin Islands and Dr Joy Sue from Barbados.

Her Excellency Ambassador A Missouri Sherman-Peter endorsed the launch on behalf of all alumni.  Ambassador Sherman-Peter who serves as a UWI Patron and President of the UWI AA Bahamas Chapter noted that the Endowment Fund was especially opportune since it came at a time when good strategies are desperately needed and the achievement of their objectives, critical.  “The COVID-19 Pandemic came upon our region, as it did our world, like an epic hurricane of historical proportions – its exact path, magnitude and consequences completely unpredictable. We walked on, and endured, a winding road of despair, as we pushed forward towards the progress we are seeing today,” stated Ambassador Sherman-Peters.

Ambassador Sherman-Peters further noted that the “COVID pandemic and its consequences, have also brought opportunities and opened the doors to positively influence the lives of others, many by extending practical help through giving, to provide UWI students the chance to continue and complete their studies.” Additionally, it taught lessons and gave us experience about being ready to navigate unexpected challenges both now, and in the future. Importantly, it taught us the invaluable lesson of devising strategies and crafting mechanisms to meet the challenge of future pandemics and other challenges. So we launch the Endowment Legacy Fund, hope, help, and a lifeline to many in obtaining an invaluable UWI Education,” she added.

Ambassador Sherman-Peters endorsed the fund by making a monthly pledge and in her capacity as President of The UWI AA Bahamas Chapter, stated that the Chapter will also be donating US$2,000.00 initially.

Sandra Griffith-Carrington, Open Campus Alumni Officer, who pioneered the initiative led by example by adding her own pledge for the next seven  years while offering thanks to all who gave her support over the years by giving of their time and talent.  “Acutely aware of the difficulties faced by our students, exacerbated by the current pandemic, I felt that it was now prudent to add the other “t” – treasure, so that many deserving talented and needy students could benefit from the Endowment Fund to complete their degrees,” she noted.

She urged corporate entities and governments who benefit from having UWI graduates in their employ and all alumni of the Open Campus to see the Endowment Fund as a legacy and to give – noting that no gift was too small – so that those who come behind would find us FAITHFUL.

Details for contribution to the Fund are as follows:-

Beneficiary: Beneficiary Account Name (THE UNIVERSITY OF THE WEST INDIES)

Facebook
WhatsApp
Previous articleOnly the vaccinated can attend
Next articleThe farmer, the thief and the planting season