HomeNewsDo not be complacent this hurricane season
News

Do not be complacent this hurricane season 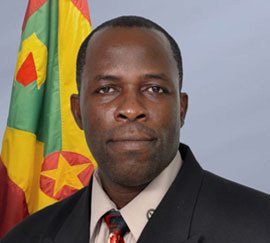 Minister of State with responsibility for Disaster Management has warned the nation against complacency having entered the 2020 Atlantic hurricane season, which got off to an early start with two storms.

While the Atlantic hurricane season officially begins on June 01, in May Tropical Storms Arthur and Bertha were already formed off the east-southern coast of the United States of America (USA).

Tropical Storm Arthur, which formed on May 16 off the Florida coast, did not cause severe damage along the east coast toward North Carolina but brought a lot of rain causing flooding in parts of south Florida. It kept an east-ward motion and headed out into the Atlantic Ocean.

On May 27, TS Bertha made landfall just to the east of Charleston, South Carolina with maximum sustained winds of 50 mph. According to reports it caused no major damage.

This hurricane season, which ends November 30, is forecasted to be very active with 16 named storms; 8 of which are expected to reach hurricane strength; and 4 expected to develop into major hurricanes.

In a June 01 statement, Senator Winston Garraway said, “there is no room for complacency…we must operate on improved levels of preparedness. The Covid-19 pandemic has taught us that we must incorporate new and improved responses to risks mitigation that enhance existing arrangements in our homes, in our communities, among businesses, the non-profit sector and within government.”

He stated that “This period requires disaster and emergency managers to be innovative and resourceful [as] This is a dynamic situation and our response must be dynamic as well,” adding that they are encouraged to analyze their disaster management strategies to ensure that it reflects hurricane plus Covid-19 scenarios. This approach is critical because it presents an opportunity for developing complementary instead of separate strategies, the Minister said.

Senator Garraway continued, “This new strategy should also look at the capacity challenges with the response systems. We are cognizant of the fact that Covid-19 has placed unique challenges on disaster management, health, security and other response systems and that the advent of a hurricane will exacerbate those challenges.”

He said there may be some challenges attached to the managing of established hurricane shelters during this pandemic as “Traditional determinations of when to issue evacuation warnings need to be reassessed in light of Covid-19 and may result in changes to the protocol of when to evacuate or shelter in place. Evacuation risks will have to be balanced against the risk of increasing virus transmission, which could have longer-term effects than the hurricane itself.”

According to the Junior Minister, the National Disaster Management Agency (NaDMA) is spearheading work on the new protocols for sheltering, and the shelter inspection team is wrapping up its inspection after which the 2020 list will be published.

The Minister reminds families to stockpile food and supplies noting that the coronavirus outbreak also calls for items such as disinfectants, soap, hand sanitisers and masks.

“We need to prepare diligently for this season. It is important that every family has an emergency plan, create or update their emergency kit, secure important documents and valuables in safe waterproof containers and locations, keep medicine in stock, have cash on hand and take the necessary measures to secure their home and surroundings,” he advised.

More so, Hon Garraway said, “… A prepared community is a more resilient community, ensuring a quick and efficient path to recovery in the event of a disaster. Equally important, businesses should be prepared with emergency plans and business continuity plans to facilitate a more rapid return to normalcy in the event of an impact.”

He explained, “Being prepared means that you listen to the official source for disaster-related information – NaDMA.

Hon Garraway reported that “at NaDMA, an activated emergency operations centre is already enhanced to accommodate the COVID-19 safety protocol. Simulations exercises in emergency communication and early warning systems have been conducted. The national hurricane plan is being revised along with emergency operations procedures. Equipment testing and servicing have already commenced. Contact listing and information sharing protocol have been revisited.”

This is the sixth straight year that the hurricane season begins earlier, but this 2020 season is one of the few that has delivered two named storms before the official starting date. According to Colorado State University tropical scientist Phil Klotzbach, only five other seasons – dating to 1851 – have produced two storms before the beginning of the hurricane season. The most recent was in 2016, when an unprecedented Hurricane Alex appeared on the Atlantic Coast in January. In May of that same year, Tropical Storm Bonnie was formed off the south-east coast of the USA.