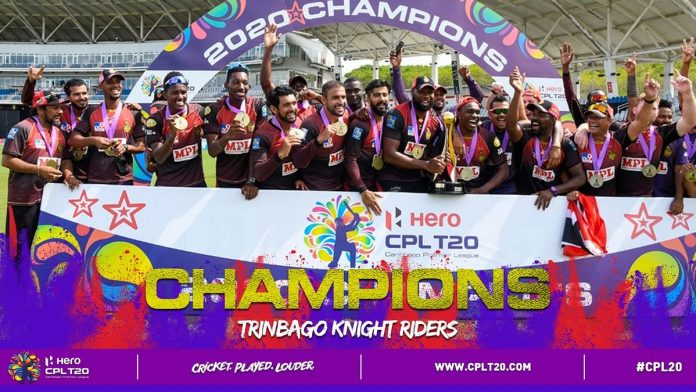 Trinidad and Tobago Knight Riders are the champions of the Hero’s Caribbean Cup Premier League. The host nation dominated the Saint Lucia Zouks in the final played on Thursday. The Zouks in the final for the first time scored 154 facing 19.1 overs. Grenada’s Andre Fletcher made 39 off 26 balls.

In reply, TKR scored 157 for 2 wickets off 18.1 overs. The victory meant that the Trinidad based TKR played the tournament undefeated, winning all their matches.

Saintt Lucia Zouks defeated the Guyana Amazon Warriors in their semifinal fixture for the second lowest team total in Hero Caribbean Premier League (CPL) history and blazed to victory in just 27 balls to complete one of the most dominant performances in T20 history. In doing so they booked their place against the Trinbago Knight Riders in Thursday’s final, the first in the Saint Lucia franchise’s history.