HomeEditorialTo do or not to do is the question
Editorial

To do or not to do is the question 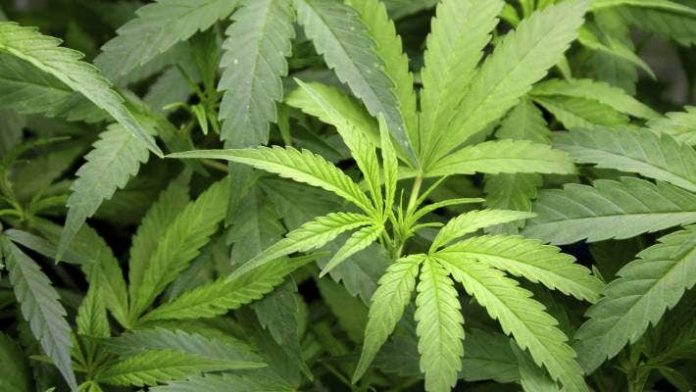 Decriminalising marijuana (Cannabis) is the hot topic these days with the politicians getting on different platforms in what seems to be a race to be the first to decriminalize the herb. Most of the arguments put forward are based on the findings that the plant is a useful herb when it comes to medicine. The conversation has started and some of the people who have jumped on board are quoting a CARICOM document of 2018 which can be found online and makes for good reading.

A few politicians and a local attorney are speaking immensely on the health benefits that can be had from marijuana and the economic benefits overall. However, if Cannabis has such medicinal values, where are the medical officials? Why are they so quiet on the issue? Who are the “we” that will benefit from the Cannabis industry? Are we saying that the scientists that deemed cannabis a “dangerous drug” in the past needed to do some more research? These are some of the queries that are in the mix as the politicians from the two main political parties look for support for law reform to decriminalize cannabis and by the way this is quite different from legalizing it.

People don’t seem to understand that they will be charged by the Police if found with the drug. So even before the discussion became popular they started planting them in flower pots in their yard. Decriminalising it simply means that it will be a ticket offence that will not be on one’s criminal record. From all appearances, the excitement seems to be coming from the ‘little man’ on the street who most people know just wants to smoke the herb. What does he care about investing? Mrs Franka Bernardine, the leader of the National Democratic Congress (NDC) in a passing sentence quietly said that she is aware that Cannabis contributes to malaise. The question then is -Isn’t there already a problem here with young people sitting down on blocks while they enjoy a joint as opposed to getting involved in sports and other useful activities?

The Prime Minister who is a career politician, said at one time that he will not legalise Cannabis. He is in a good position to know whether our system can afford to have that at this time. Long before COVID-19 there was a new normal in Grenada. We are seeing our Police Officers getting less and less respect when on duty and as if that is not enough; it must be posted on social media always with a slant to show the Officers in the wrong. To those who are saying that the herb does not cause criminal behaviour, law enforcement personnel have warned that it encourages criminal activities through the protection of ‘turf’ and gang wars, which leads to violence. Then again our Prime Minister did say that there will be no casinos under his watch but we know of the many Blast machines all over the island which encourages gambling at the highest level. Who owns them? So sometimes it is simply a matter of semantics and this round it’s decriminalize versus legalise. But legalise is the word most people are hearing and are preparing for.

Some people are of the opinion that Cannabis is a good stress relief, well then shouldn’t the stress be removed. The politicians can at least try!

Most of the arguments put forward at this time can be found on the internet which shows some deception in dealing with the issue. Some read documents verbatim as posted, when they are guests on radio programmes, ignoring the reality on the ground. Hon Peter David who will soon be taking up the Ministry of Agriculture, has warned that the issue is a serious one that should not be treated as a political football. But from all appearances when the beloved Minister speaks, it seems difficult for him to conceal his position on the issue. Here we ask Minister David –How would you like to be remembered Sir?

While attitudes toward cannabis have changed in recent times, wouldn’t it be worthwhile for all information associated with this subject from the social, religious, legal, scientific and medical people to be analysed before coming up with a consensus? People are even comparing Cannabis to alcohol only to state which one is safer. Here we can say that two wrongs will never make it right. Only last week parents witnessed the death of a son who was said to have been ‘out of control’ after consuming alcohol. It is alleged that he was killed by his sister. What a painful blow for any family!

As the discussion continues, maybe those in power will take a deep look at the system to see whether it’s prudent at this time to decriminalize marijuana.

Facebook
WhatsApp
Previous articleWatch out for the mosquitoes
Next articleThe Grenadian Voice September 25, 2020