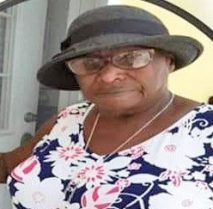 The Grenada Trades’ Union Council is deeply saddened by the passing of Sister Luret Clarkson, on Sunday 21st June, 2020.

Sis. Clarkson also made a significant contribution to the Nursing profession in Grenada.  She headed the Grenada Nursing School and was instrumental in its development.

In 1989, this dynamic, powerful, fearless woman and excellent orator, created history when she  challenged a male dominated executive for the presidency of the Grenada Public Workers’ Union thus becoming the first female President after fifty- eighty (58) years of male dominance. Her tenure at the helm of the PWU was indeed remarkable; she having served for a period of fourteen (14) years making her the longest serving President in the history of the Union. She fought many struggles on behalf of the membership which comprised workers from the Grenada Public Service and Statutory Bodies. She represented the PWU with passion and distinction and gave selfless and dedicated service towards the further development of the Union.

Sister Clarkson’s contribution to the Trade Union Movement surpassed Grenada.  She also contributed to the Caribbean Public Service Unions, through the affiliation of the PWU to    the Caribbean Public Services Association (CPSA), an organization comprising Public Sector Unions. She further contributed at the international level, through the   Public Services International (PSI), a global union federation for public sector trade unions. She served as President of the CPSA and Women’s Representative on the Executive Board of the PSI.

Sister Clarkson made an indelible mark in the Trade Union Movement and by extension all affiliates and touched the lives of those she interacted with especially the working class of our country.

The Grenada Trades’ Union Council joins with the family and friends of Sister Luret Clarkson in mourning the passing of this great stalwart, patriot and icon who will be greatly missed.

The GTUC calls upon all its affiliates to fly their Union flags or a Black flag at half post as a mark of respect for her invaluable contributions to the Labour Movement, working class and people of Grenada.May she rest in eternal peace.