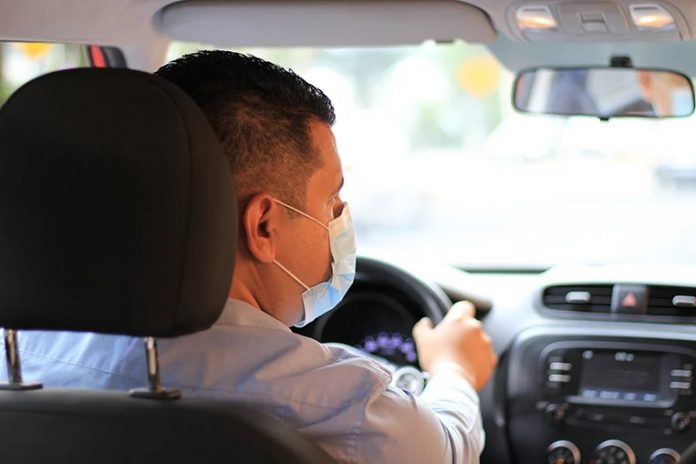 Attorney at Law Ruggles Ferguson has called for ‘public space’ to be clearly defined within the Public Health regulations to avoid it being left to the interpretation of police officers.

Following the announcement of Grenada’s 25th positive case of COVID-19 last week, the Royal Grenada Police Force (RGPF) has been more forceful in ticketing persons for not wearing a face covering while in public. Consequently, the question raised by callers on call-in programmes, is whether or not one should wear a mask while alone in their private vehicle.

Addressing this on a local televised programme earlier this week, the Attorney noted that the regulation states that “No person shall without reasonable excuse be in a public space without wearing a face mask, face shield or face covering in a manner that covers his/her mouth, nose, and chin.”

As a result, Attorney Ferguson advised persons to wear their mask at all times unless there is a reasonable excuse for not wearing one. He said, “Its best to have it on as part of your uniform when you are leaving home and whether you are in the vehicle or not, to save the inconvenience of having to be stopped and ticketed.”

Head of the Community Relations Department (CRD) of the RGPF, Superintendent Vannie Curwen, said “recognising that the legislators left us hanging in the sense that they did not give us a specific definition of public space, the [Acting] Commissioner of Police has developed a policy which was communicated to all senior commanders of the police force that it will not be the decision of the police force to issue a ticket immediately if you are driving in your vehicle not wearing a mask.”

However, he said the initial response will be to encourage persons to put on a mask, expecting prompt compliance. In cases where persons are belligerent or resistant then officers may move towards issuing a ticket.

Further, the Superintendent noted that if there is more than one person in a private vehicle, the police will insist that all wear a mask whether or not they are from the same household.

Chief Medical Officer Dr Shawn Charles reminded listeners and viewers of the importance of wearing a mask, stating that it reduces the risk of being infected with or spreading COVID-19. He explained that a mask limits the inhalation or spreading of particles when one speaks or sneezes.

As it relates to persons who are exempted under the law from wearing a mask, Dr Charles stressed that not wearing a mask is not a privilege but puts individuals at greater risk of infecting persons or being infected. He added that persons who have medical certificates exempting them from wearing masks are those who are at risk of severe complications if infected.

Among those exempt under the law from wearing a mask are people with a form of disability or mental illness. Individuals are not to be ticketed for not wearing a mask while eating, drinking or consuming medication.