Upstage becomes the Verzuz of the Caribbean 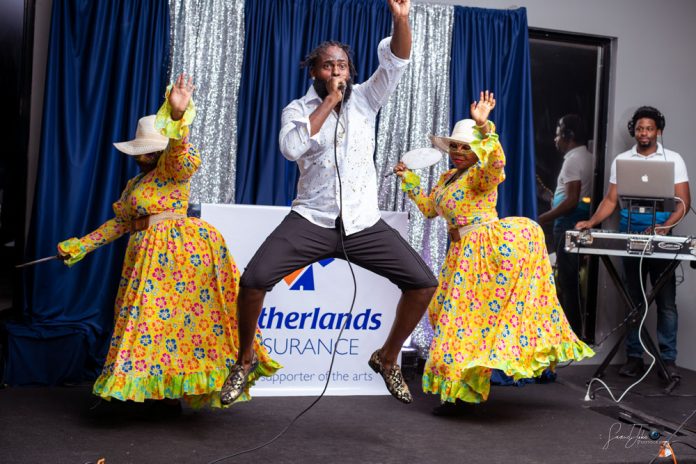 Upstage TV Show has quickly become the ‘Verzuz’ of the Caribbean as entertainers in Grenada find creative ways of engaging fans virtually during the pandemic. The Facebook live production has featured soca, reggae and dancehall artistes from Grenada going head to head in a friendly battle of original music.

Taking place at 8pm on Saturdays, Upstage features live performances from soca, reggae and dancehall artistes who face off against each other.

Thus far the show has seen amazing performances by some of the biggest Grenadian artistes including multi-time Power and Groovy Soca Kings Boyzie and Dash, 2017 Carriacou Power Soca Monarch winner Slatta, Valene and Urban Reggae Artist A#keem. The season which started on June 20, will end on what would have been Carnival Saturday August 08, 2020.

A highly anticipated clash between 3-time three-time Road March winners Lil Natty and Thunda took place on Monday (July 27). Fans enjoyed this unique clash, as the “Get in your section” singers of this dynamic duo were pitted against each other.

Apart from entertaining performances from the artistes themselves, the show starts off with a live DJ stirring up a wicked blend of choice tracks, before the main performance. Upstage TV Show, produced by Chrislyn Lashington aka Msy Chrissy has also featured traditional aspects of Caribbean culture in the forms of traditional dress, dance, spoken word poetry and a live band with goat-skin drums.

The cancellation of Carnival events as a result of the coronavirus pandemic left a large gap in the hearts of mas-loving Grenadians. Therefore, in an effort to keep the festive spirit alive and feature Grenadian talent, the well-known Grenadian radio and TV personality produced Upstage. Since its premier, Upstage has garnered impressive viewership, climbing to over 100,000 views within only the first three episodes. It has provided a much needed catalyst through which music lovers can be entertained from home.

With the rising success of Upstage, the young producer is now looking into avenues through which she can take the show on the road, inviting artistes from all over the Caribbean to participate in upcoming seasons.