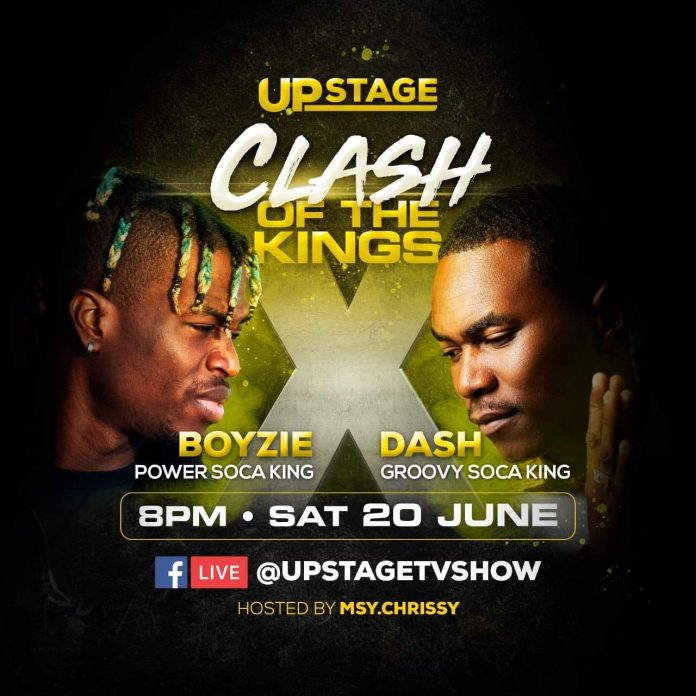 Two of Grenada’s most decorated soca performers are poised to clash in the premiere episode of ‘UPSTAGE’ on Saturday, 20 June 2020.

The show will be streamed live from 8pm on Saturday via Upstage TV Show’s Facebook page.

The artistes will showcase their lyrical skills as they go head to head in 3 segments: groovy soca, power soca, and the highly anticipated freestyle round. The guest DJ of the night will be Fearless Kevon of Power FM.

The cancellation of Spicemas together with the lack of events have left a serious void within the entertainment industry and resulted in a huge blow to entertainers and creatives. The Upstage TV Show came to life with the aim to create a platform for them to connect with fans virtually and allow fans to tip their favourites.

The one-hour show will be the cure for the ‘carnival tabanca’ sweeping through the land.

Upstage is hosted and produced by the multi-faceted Chrislyn Lashington known on radio and television as Msy Chrissy.