HomeNewsUsing alcohol to cope with COVID-19 is risky business
News

Using alcohol to cope with COVID-19 is risky business 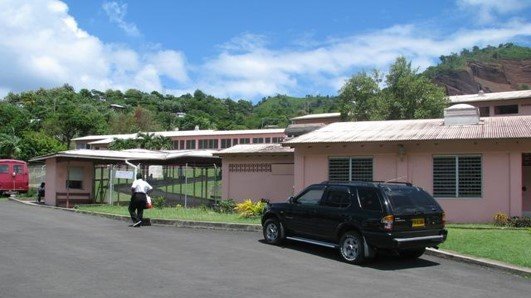 As the coronavirus pandemic takes its toll on the mental health of persons across the globe, there are signs of increased alcohol consumption in the Caribbean and Latin America, according to a survey conducted by the Pan American Health Organisation (PAHO) and the World Health Organisation (WHO).

The PAHO and the WHO conducted the survey between May 22 and June 30, 2020. The responses show a “high prevalence of heavy episodic drinking during the pandemic, which is considered a health risk to COVID-19.” Heavy episodic drinking is defined as consuming more than 60 grams of pure alcohol or about five standard alcoholic drinks on at least one occasion during the previous 30 days.  Recognising that heavy or excessive drinking is causally linked to violence and injuries, the survey suggests “reports of increases in domestic violence during the pandemic may be partially related to alcohol consumption.”

The online survey was accessible in 33 countries to persons 18 years and older who had not travelled from their country of residence since March 15, 2020. Grenada was among 16 Caribbean islands with participants. Although the level of participation varied among countries, more than 52% of respondents reported at least one emotional symptom or feeling nearly every day. These symptom ranged from feeling nervous, anxious or on edge; having trouble falling asleep; having trouble relaxing; worrying too much about different things or not being able to control worrying; becoming easily annoyed or irritable; feeling afraid as if something awful might happen; and feeling so restless it is hard to sit still.

Acknowledging that the survey was “exploratory” in nature with several limitations, it marks a first for the Caribbean and Latin America with respect to data on alcohol consumption during the pandemic, stating: “given the uniqueness of the questions and our unawareness of any similar attempt in the Region, the information at sub-regional and regional levels can be of value to policy makers. The prevalence of events occurred in 2019 considered the complete year of 12 months while for 2020, only the first 4 months of the pandemic (March to June) were included.”

The authors conclude that relaxing any existing measures to control the harmful use of alcohol is not justified; and suggest this is a “prime opportunity to further strengthen (measures) to meet the United Nations’ Sustainable Development Goal of reducing harmful use of alcohol and per capita consumption by 2030.”

Among recommendations to reduce consumption, the survey mentions increasing taxes on alcohol, strengthening restrictions on availability; advancing and enforcing driving under the influence countermeasures; facilitating access to screening, interventions and treatment; enforcing bans or restrictions on alcohol advertising, sponsorship and promotion; and raising prices through excise taxes and pricing policies.

Hon Christopher De Allie, private sector representative in the Senate, said government has increased the excise tax on alcohol and tobacco, but he questions the effectiveness of reducing access or availability.

“I know that over the years, if access is limited people will turn to the bush rums,” he said, adding that some people suffering from cabin fever feel they can “drink their way out.” However, he said to tackle that dilemma requires a “national commitment and engagement,” given the local rum shop peer pressure to partake and the disdain that can arise when one chooses water instead.

The survey reports that informal and illicit alcohol production poses unique health and policy challenges as it may have a higher ethanol content, potential contaminants and the low cost can promote heavy drinking.

The survey also showed the relationships between total monthly household income, drinking during the pandemic and the number of emotional symptoms.  The results indicate individuals in the lower socio-economic range consumed less alcohol and experienced more emotional symptoms than those in the higher socio-economic strata. Those with lower incomes had the highest decrease and lowest increase in the change in frequency of heavy drinking, while the highest increase of change in frequency of heavy drinking was among the upper middle and high income earners.

Central to helping alcoholics and other addicts recover is a facility where patients can receive treatment and counselling, as was the case prior to 2006 when Carlton House was available. The 16-bed facility at Parade, Saint George’s was part of the recovery process for persons seeking help for addiction when it opened in 1985 and was regarded as Grenada’s national centre for counselling and other rehabilitative services. The building was damaged by Hurricane Ivan in 2004 and received some temporary repairs, but was destroyed by fire in 2006. That year the Agency for Reconstruction and Development prepared sketch drawings for a new Carlton House to include a 20-bed unit, three private rooms, dining facilities, living quarters, male and female nursing stations and other amenities for staff and patients.

It was reported in 2017 that the former nurses quarters at Princess Alice Hospital in Mirabeau, Saint Andrew had been identified for a new 40-bed Carlton House. Permanent secretary in the Ministry of Health Dr Francis Martin confirmed to this newspaper on Monday that the “desire is still to have it there” but “there is no movement on this as yet” due to the limited resources of government.

Leading the charge to raise funds for the $2-million plus facility is the Grenada Co-operative Bank through its annual ‘Pump it Up Fun Walk’ that is solely committed to Carlton House. Co-op Bank and a growing number of corporate partners have raised $280,000 since launching the popular event in 2008, getting closer to the $500,000 goal.

“We are committed to promoting healthy lifestyles,” Co-op Bank Managing Director Richard Duncan said on Tuesday, adding that the focus of ‘Pump it Up’ is substance abuse.

Persons in need of treatment for alcohol and other addictions have access to services at the Mt Gay Hospital. However, Officer Joycelyn Blackman told the Grenadian Voice on Tuesday that people are not requesting the help that trained nurses can provide through the hospital’s Drug Rehabilitation Unit.

The hospital offers “sessions on a day to day system” depending on the number of calls from individuals, as well as referrals from other hospitals, in keeping with COVID-19 protocols.

“They are not utilising the system as we expected,” Blackman said, adding that she believes the “stigma” associated with Mt Gay persists in that if people go to the hospital they will be perceived by others “as crazy.”

Prior to the damages caused by Hurricane Ivan in 2004, the Mt Gay Hospital had a separate area for the Drug Rehabilitation Unit that allowed addicts to stay on site and complete their rehabilitation.

“We had a good success rate then,” she said, noting that to help persons with addictions, it is best to remove them from the environment where consumption takes place. Now, with COVID-19 she said persons seeking help, including those living with someone who is addicted, can call (440.3154 or 440.3272) for an appointment at the hospital or arrange for telephone counselling.

“The help is here. We can plan a Zoom too,” she added.