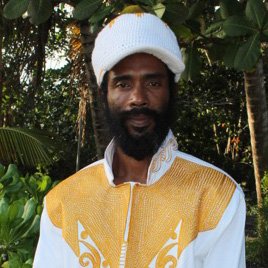 “I am shocked…Justice has not been served,” expressed former Calypso Monarch Kelly “Rootsman Kelly” Clyne, in response to the verdict that freed the man accused of killing his son.

Tesday Mc Sween became a free man last week, after being acquitted for murder on the ground of self-defence.

For the past two years, Mc Sween now 34, was remanded at Her Majesty’s Prison as he was charged with Non-Capital Murder in connection with the death of 24-year-old Khalid Griffith.

A nine-member High Court jury returned a not-guilty verdict on Oct 22 in the 2018 death of Griffith. The altercation, which occurred on Wednesday July 18, 2018 in Grand Anse, St George, left Griffith with multiple stab wounds to the neck and arm. He was pronounced dead at the General Hospital.

An autopsy concluded that he died from hypovolemic shock.

Speaking to The Grenadian Voice on Monday, Clyne said he is in dialogue with a lawyer to determine what further action he can take, as he is not satisfied with the ruling.

Attorney-at-Law Jerry Edwin, who represented Mc Sween, said in a local newscast that “Griffith, for reasons we do not understand even today, attacked Tesday Mc Sween with a knife of about 10-12 inches long on Grand Anse beach infront of Umbrellas.”

He said a couple days prior to Griffith’s death, he “attacked Mc Sween with the same knife and Mc Sween managed to run away to escape from the young man because he did not want the confrontation.”

The Attorney said two days later (July 18) Griffith attacked Mc Sween again at the same location. “First he picked up a beer bottle and smashed it into Mc Sween’s head while he lay on a bench infront of a bar.”

Edwin shared that his client was freed on the grounds of self defence, saying, “One witness said he thought that Mc Sween’s reaction was like a monk because after being hit in the head with a bottle that’s smashed, Mc Sween did nothing. In fact, he asked someone, can I use a phone to call my cousin because I want to make sure there is nothing bad that happens and I can walk out of here without any problem.”

The disappointed father said his son has never been detained or arrested but Mc Sweesn is no stranger to the court having had a similar charge in the past.

He is not aware if his son knew Mc Sween prior to the incident, adding that he himself only saw him for the first time at the court.

Clyne shared that three months prior to his son’s death, he went to live on his own; Clyne assumed the possibility that they may have crossed paths during that time.

The father said the account from his son’s friend who was with him at the time of the incident, said Mc Sween, his son and his friend, along with the bartender, were the only ones at a bar along the Grand Anse beach.

He said he was told that his son left his ‘modern’ headphone and phone, and went outside to urinate. Upon his return, his belongings were missing, “so he probably accused the guy of stealing it because if you and someone alone at a bar, the bartender behind the bar, you went outside, you return and your stuff disappear, it’s not magic.”

According to the father, he understood they had that altercation prior to the day his son died.

Speaking to how he coped since the incident, Clyne expressed “my life has never been the same and would never be the same again,” noting that Griffith, his second son, grew up with him from birth. “There is a void in my life that cannot be filled, he was a great help to me, he was my friend, my companion, he was everything to me.”

The father of six, three daughters and three sons (one dead), said this ordeal has been hard for the family, sharing that the siblings were close to their deceased brother. “I see my children crying, I myself cry sometimes,” he said.