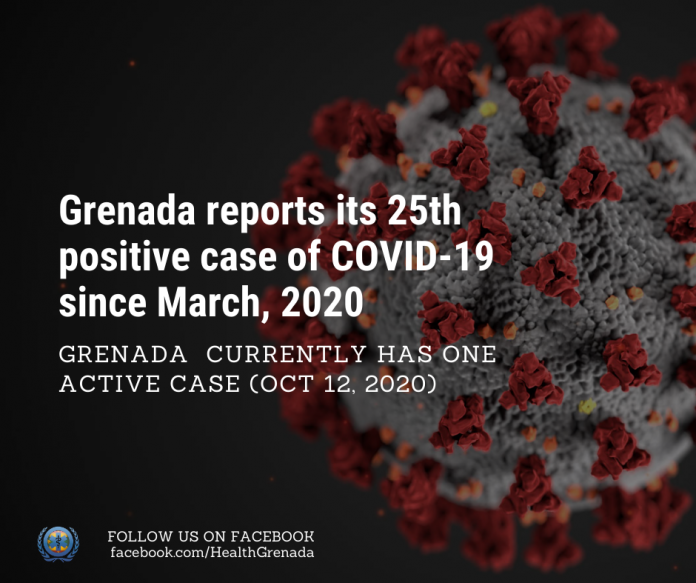 This week we focus on lessons learnt from a man who came in on a flight from Canada last week and fled from quarantine before his COVID-19 test result showed that he was carrying the new coronavirus. When the news broke, it provoked reactions in different circles and on different platforms. Questions were asked, fingers were pointed and rightly so, because people were scared. It was only then that some people realised that they probably came into contact with the young man in Tivoli on more than one occasions which could have affected others indirectly upon going home to their families.

Most of the questions were centered on how that man was able to escape from quarantine unnoticed. The Minister said that the young man told them that he worked in an area where he was required to have regular tests done, then that in itself should have raised a red flag. What we deduced from that is that the young man worked in a situation where he was exposed to the virus. So on reaching our shores, he should have been watched more carefully. The Minister said that it’s not possible to oversee every room, a statement which sounds defensive.

People are simply not complying with the call to adhere to the established (COVID-19) health and safety protocols and guidelines; so what needs to be done is to require a higher standard of what is accepted in places where people are placed in quarantine. Maybe it’s the security people which include the Police that need ‘to pull up their socks’ in dealing with the COVID-19 issue.

Let’s look at a hotel which is used for quarantine purposes near the Grand Anse beach. Upon entry there are two pool side seats in the front yard and on any given occasion, people identified as being in quarantine, are crowded on them with the daytime security simply looking on – no physical distancing. At nights a police officer is dropped off by Police transport with enough fanfare to announce his arrival, yet in that same hotel a huge party was thrown in one of the rooms occupied by someone in quarantine. The music was loud enough and the door was wide open to attract the large crowd that eventually gathered there with drinks galore. It was not until the next day that the police officer warned the occupant of the room against clustering. Where was he the night before, that he could not hear the noise? Then again a young man, known to be in quarantine at the same hotel, was seen at a bar down by the beach in the evening. We are raising all this to call for more seriousness when it comes to up keeping the COVID-19 protocols to protect all of us. Where is the proactive plan? Why are we still reacting?

The Grenadian who returned on the October 06 Air Canada flight and managed to escape from an approved quarantine accommodation site before receiving the results of his second PCR test, which was positive, should be the last person to do so. Speaking at Tuesday’s post Cabinet press briefing, Minister of Health Hon Nicholas Steele announced that up to 30 people who were directly or indirectly exposed to the new case, have been placed in isolation for at least four days of observation and will be tested to see if they contracted the virus from that selfish man. These individuals are among the many persons the infected man mingled with after leaving the quarantine facility without permission last Thursday night. It was not until last Saturday, when health officials tried to inform him of his test results, they realised he had ‘split the scene’. He was later found in Tivoli. It was revealed that he even visited his grandmother. We know that senior citizens are vulnerable.

The man is now in a state-run quarantine facility where he was placed by health officials and officers of the Royal Grenada Police Force (RGPF). The facility has additional security because he is regarded as a “flight risk,” according to Minister Steele. From the onset of Grenada preparing for the COVID-19 pandemic, we have heard talk about inadequate staffing. There was talk of health officials even working long hours as they multi-tasked on the frontline. Yet the situation with inadequate staffing had to reach to this to be attended to. Let’s see stronger measures in place so people will not try again to circumvent the system. The powers-that-be must stick to their words and remove some properties from the list of approved quarantine facilities if they are not making good sense; its tough love at this time. The others should be required to improve their security operations to the expected standard. Only then the powers-that-be will gain respect from the public which can only lead to more teamwork as we all struggle against the pandemic together. The Minister himself must sometimes try calling the hotline and see if he will always get a response. Another area that needs attention is staying in touch with people who are sent into quarantine at their own home.