HomeLettersWho cleaned out the Parliamentary office in Carriacou?
Letters

Who cleaned out the Parliamentary office in Carriacou? 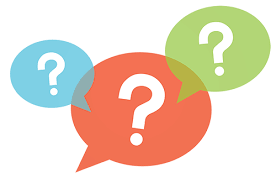 Questions must be answered as to why the new Parliamentary Representative in Carriacou cannot operate from the government parliamentary office since his new government took office. I heard from the MP Tevin Andrews that the office is empty; all the furniture and electronics gone. Grenada has become a scary place when it comes to mixing up party and government. Parties must know that when they lose they must bow out gracefully because one must win and the other lose.

They keep forgetting that they are living in the same Grenada that they are trying to mess up. As a tax payer I am asking who paid for the stuff that was removed from the office in Carriacou?

This should be treated as a crime and the police should start an investigation. Was the parliamentary office furnished these items by friends of the previous party? If yes, show the evidence. Why were they removed unknown to Mr Andrews? Where are they now? Who removed them? These are the questions the citizens would like answered. But in the usual fashion the police may never pick this up. So Mr Andrews, I hope you will make a report of the robbery and we will see where it goes.

When the flush toilet programme was launched by the New National Party, it was launched as a gift to Grenadians from the party. It was not until the general elections campaign that we learnt that it was an initiative by the World Bank to Grenada and other islands in the Caribbean to upgrade the standard of living. How can we trust politicians?

Facebook
WhatsApp
Previous articleCoping with the cost of living
Next articleThat seaweed invasion!