Who is committing suicide? 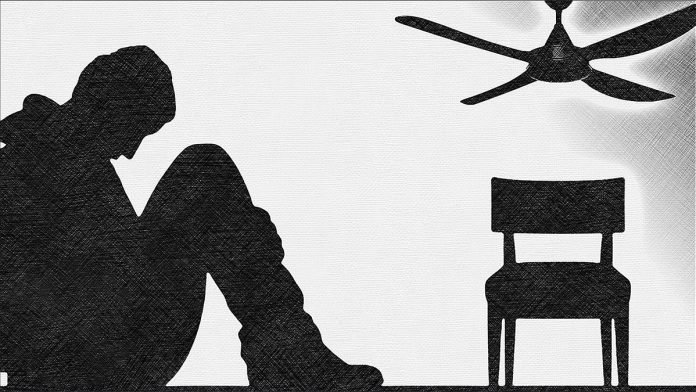 With very little details, there was talk about another alleged suicide in Saint Patrick. This sparked some response on Facebook. We also saw posts on the other suicide cases where one person attributed the incidents to a killing of a man. The person posted that the last three people who were said to have committed suicide on different occasions earlier this year, were responsible for the death of the man at his home. However, it is now known that the last young man who allegedly killed himself was not even in Grenada when the incident took place.

With all the talk about suicide and the many people who ignore the protocols that are in place for the COVID-19, it prompted us to explore just who is trying to commit suicide. For those who read the Bible, you can verify that there is a verse (Matthew 7:5) which warns about pointing fingers. “Thou hypocrite, first cast out the beam out of your own eye and then shall thou see clearly to cast out the mote out of thy brother’s eye.” That verse comes up time to time in regular speech but how many of us take time to ponder on it.

This is the first time in modern history that we are faced with such a condition that we are facing now caused by the new corona virus. God continues to bless the people who are in charge of the situation with wisdom as to how to save lives in Grenada. The protocols were not made in a whimsical fashion. Many people brainstormed in different countries to come up with things we can do to save our own lives. But alas so many of us are of the opinion that the Government and the Police are trying to punish us instead of helping us to stay alive.

How long shall we remain a rebellious people? We should at least try to not be a people with a propensity to go against rules and regulations. On any given day, people are seen not wearing masks. Then there are the buses that do not spray peoples’ hands on entering. So many people use the call-in programmes to force the Government to open up the businesses and the ports. They are not mindful that ‘opening up’ can expose us to the new virus; they are not mindful that our small hospitals can easily be overwhelmed if the numbers of infected people should rise.

China is currently facing another outbreak in another Province. The Health Officials there are struggling to keep it under control. People are once again placed in ‘lock-down.’ We have learnt that Suriname had no cases before they opened up again; now the infected cases are in the hundreds in a matter of one month. It is sad that some of us will not live to tell the story of COVID-19 to our next generation because we would have killed ourselves. While we are gossiping about the young men who seemingly took their own lives, we are not paying attention to the way we are hurrying to our graves.

The time has come for us to insist on doing what is right to save our lives. An announcer on Real FM jokingly said on air that the Government should just lift the curfew and send the health workers in hiding. This was said in jest but it goes to show the measure of concern people have for the reckless people who would not join with the rest who are trying to prevent the spread of the new virus. A nurse in New York was on a video explaining the dangers in becoming infected with the new coronavirus. She said that people need to know that it causes internal bleeding and blood clotting. Haven’t we heard enough about the seriousness of blood clots in our bodies? She went on to explain why it brings on a slow death. The mucus gathered in our lungs, the nurse said, will get so thick that it will prevent Oxygen from circulating in our blood. What more do we want to be told about COVID-19?

It is our hope that when next we hear about another suicide case in Grenada we will take a tip from Michael Jackson and talk to the man in the mirror; ask him to change his ways as we deal with the virus outbreak. Ask him to give you the will to do the right things to stay alive, because as it relates to committing suicide, a lot of us may be guilty at this time. It is sad that the Black Lives Matter protests are at this time where people are seen not staying six feet apart. We understand the importance of taking a stand for justice; but people should be mindful of the protocols in place and as Bob Marley sang “… live to fight another day.”