Work to commence on Bishop’s College in 21 days 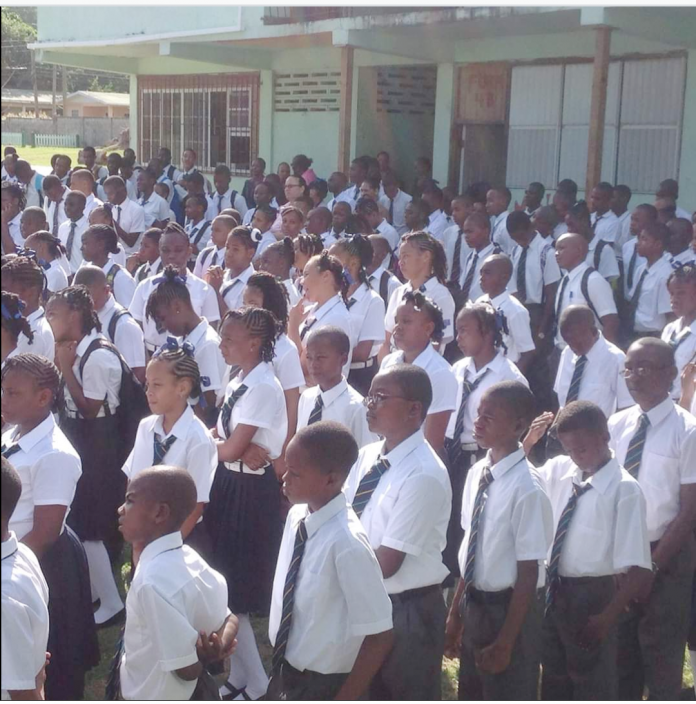 EC $10.8 million was awarded to Hanover Construction Company for the Bishop’s College Expansion and Refurbishment project.

That’s according to the Minister of Education, Human Resource Development, Religious Affairs and Information, Hon Emmalin Pierre. “It has been approved by the Caribbean Development Bank (CDB) and we expect that by end of August work would start there,” Minister Pierre said.

The contractor has 21 days to commence the project for the expansion and refurbishment of the 56-year-old Bishop’s College.

This is the third contract to be awarded, in the past three months, under the first phase of the Grenada Enhancement Project (GEEP), an agreement of the Government of Grenada and the Caribbean Development Bank (CDB).

EC $50 million has been secured and will be spent on expansion and repairs of schools between 2020 and 2021. 75 schools are to be repaired during the period July to August.

The Minister said expenditure on school infrastructure in 2020, thus far, exceeds EC$100,000, with EC$15 million budgeted for the overall maintenance of schools.

The Anglican institution is said to be the first secondary school on Carriacou. Today the island has two with the other being the Hillsborough Secondary School.