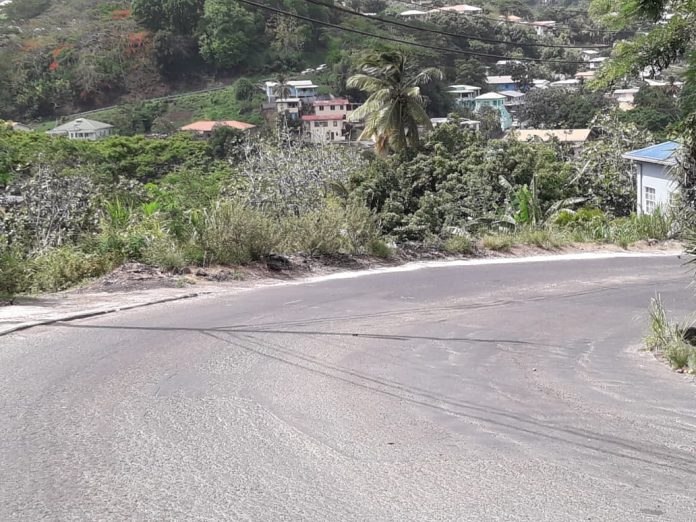 According to the Minister of Infrastructure and Works, work was expected to re-commence this week on the Marrast Hill main road in Saint George, to construct a retaining wall.

Minister Gregory Bowen, who was a guest on a local radio programme last week, said the contractor applied and got permission to start work.

The road was closed for weeks in December last year to enable the National Water and Sewerage Authority (NAWASA) to repair a broken 12-inch main, which was broken on Dec 02, 2019, as a result of work undertaken to repair the broken road.

Temporary work was done on the road and it was re-opened to two-way traffic to facilitate the expected increase in the volume of traffic for the Christmas season. Work was slated to re-start in January with the road opened to one-way traffic.

The situation at Marrast Hill was causing great traffic obstructions within the Town of Saint George and so the Minister said it was decided to fill the area without the retaining wall to re-open the road for the season.

Last year, the Works Minister explained that “originally we had the retaining wall to be built, the area to be filled and compacted then resurface and then the road would have been reopened.

However, that will take 21 days minimum before we can put any load against the retaining wall, it has to be cured.”

Hon Bowen said last week that the COVID-19 pandemic further delayed the re-commencement of work on the road. He said it was hoped that work could have started during the months of intense lockdown (March & April) but the COVID-19 committee denied permission.

In addition to the retaining wall, the Works Minister said the road will be graded and smoothed to eliminate the bumpiness experienced by motorists at present.

The bypass road will be through Mt Parnassus.