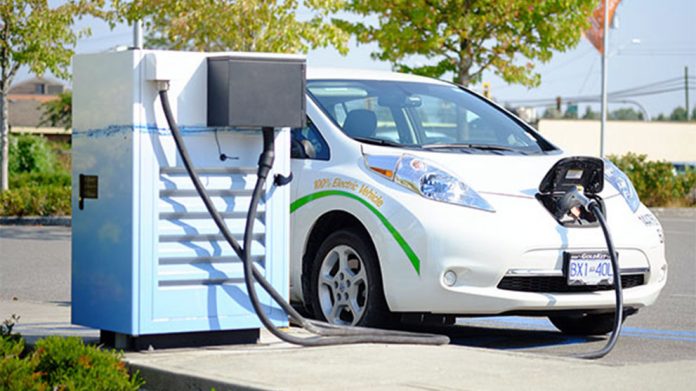 As the shift to electric vehicles spreads around the world, the Grenada Electricity Company Ltd (Grenlec) shares a report on the subject by the president and Chief Executive Officer of WRB Energy Robert Blenker.

Entitled ‘E-Mobility Gaining Momentum in the Caribbean’ and published in WRB Energy Perspective 2020 VII, the report focuses on the benefits the region can gain if more drivers were behind the wheels of electric vehicles.

“Electrification in the transportation industry drives a host of benefits worldwide, including for nations in the Caribbean that are striving to reduce dependence on imported foreign fuel, increase renewable energy, and strengthen resiliency. As part of transport electrification, electric vehicles (EVs) are gaining traction by proving to be more energy-efficient, cost-effective, and gentler on the environment as compared to conventional internal combustion-engine (ICE) vehicles,” according to the WRB Energy CEO. WRB Energy is a partner company of WRB Enterprises, which owns majority shares in Grenlec.

He outlined the results of Grenlec’s 2015 Electric Vehicle Pilot Project, with two passenger cars and one five-seater van, noting that the electric vehicles averaged a 43% reduction in fuel costs compared to their combustion-engine counterparts with similar daily usage.

The CEO updated readers about the progress in Barbados, where the company Megapower Ltd. has been importing EVs into the country since 2013. Moreover, the company “has been instrumental in facilitating the sales of EVs, installation of charging stations, and construction of solar carports throughout the Caribbean, including Antigua, Grand Bahamas, Grenada, St. Vincent, and Turks and Caicos.”

The WRB publication quotes Joanna Edghill, co-founder of Megapower, who says the future of EVs in the Caribbean is strong. “EVs represent a natural confluence of three forces: the need to decrease dependence on fossil fuels to reduce costs and combat climate change; generate clean energy from solar and wind power; and greater awareness and education of EV benefits, including lower operating and maintenance costs, as well as improved road performance.”

According to Ms. Edghill, the use of EVs in Barbados is accelerating because of support from Barbados Light & Power (BL&P), the Government of Barbados and local businesses. From developing a public charging network in 2013 to pay-as-you-go cards in 2015, the services evolved again.

“In 2018, BL&P assumed 50% of the cost for three rapid CHAdeMO charging stations. Now there are more than 35 public locations across Barbados,” the publication reports, noting the charging sites are on Megapower’s public EV network mobile and web-based app. (CHAdeMO is a DC charging standard for electric vehicles.)

Megapower has supplied 14 EVs to government ministries and agencies through Inter-American Development Bank loan projects with the Government of Barbados. The government introduced 33 electric buses in July 2020 with the goal of 100% electric vehicles for transport over the next decade.

In concluding his article, Blenker looks ahead.